Sundowns will have to dig deep against tricky Tunisians 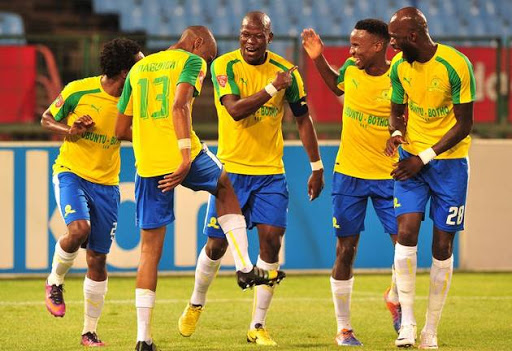 Continental street smarts could be the key for Mamelodi Sundowns when they host Tunisia giants Esperance in a potentially explosive African Champions League showdown at the Lucas Moripe Stadium in Atteridgeville on Friday night.

This view was offered by Sundowns goalkeeper Dennis Onyango as he looked ahead to an encounter that could require coach Pitso Mosimane's swashbuckling Brazilians to dig deep against a team that has proven to be a nuisance to South African sides over the years.

“We do have much more experience in the tournament and we know more about what to expect from the top sides‚ and also when we travel away from home‚” Onyango said.

After two rounds of matches‚ Sundowns and Esperance have identical records with three points from one win and a draw. Whoever wins Friday's encounter will pull away from the rest of the chasing pack.

“It is very important to win our coming matches at home to keep our hopes of qualifying for the next round alive and also to keep the supporters believing in this project‚" the respected goalkeeper said.

"We are playing against a very experienced team which has won the tournament before and they have taken part in top tournaments around the world in the past.

"Esperance are one of the biggest teams we have faced this year in the Champions League and we have to be at our best to be able to beat them.”

In the opening match of the group stages‚ Sundowns stumbled to a disappointing goalless draw against Ethiopian side Saint George and Onyango said they can’t afford another setback at home.

“We believe that we can get the result at home to make up for the fumble we made in the first game against St George.

"We need to win this game at home because we are travelling to them in Tunis in two weeks time where it is not going to be easy in front of their own supporters.”

“The crowds when you go to play away in Africa are always intimidating because they come in their numbers to support their clubs. But we have experienced all that on many occasions over the past few years‚” he said.

Sundowns and Esperance are favourites to qualify for the next round but Onyango said Saint George cannot be underestimated because if they beat AS Vita in Addis Ababa on Sunday‚ they could move to five points.

“To be honest‚ it is not really between us and Esperance because I believe that Saint George are still in contention.

"It will be dangerous to undermine them as they have two points on the board and if they win their next match against AS Vita they go to five points and throw the group wide open.

"For us it’s very important to win at home this weekend which will help us to finish top of the log‚” he said.