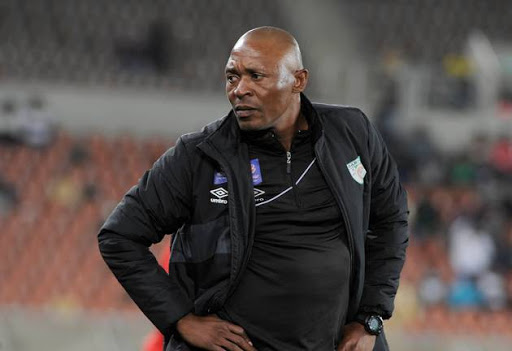 Baroka FC co-coach Milton Dlamini won't be on the bench when the Limpopo outfit face off with provincial rivals Black Leopards on Wednesday after he was suspended for “a behaviour which has not pleased the management.”

Baroka spokesperson Jimmy Ngobeni on Tuesday confirmed that Dlamini has been frozen out but he declined to divulge the reasons behind his suspension.

“We have suspended Milton Dlamini with immediate effect from the duties of the team until he appears before the club's disciplinary committee‚” said Ngobeni on Tuesday.

“Dlamini's suspension relates to his behaviour which has not pleased the club's management at all‚” Ngobeni said without elaborating.

“According to the management‚ Dlamini's behaviour is viewed as being detrimental to the entire team including its supporters.

"As you can imagine‚ we're in the middle of crucial playoffs and DC can only finalise its finding after we conclude the playoffs.”

“My chairman is in Cape Town at the moment and I am not allowed to comment on this issue until I meet with him when he is back (on Wednesday) or on Thursday‚” said Dlamini.

Dlamini was roped in on a short-term contract until the end of the season together with Thobejane as co-coaches in March.

Harrison‚ Sakala and Williams appeared before the club's disciplinary committee before their contracts were terminated.