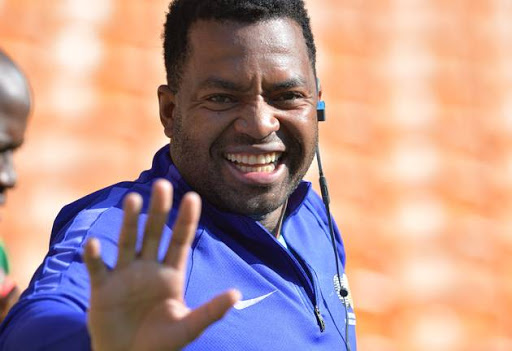 Nigeria have plenty of quality in their squad to cause South Africa problems in their African Nations Cup qualifier in Uyo on Saturday‚ but Bafana Bafana have potential match-winners of their own.

Times Media Digital picks out five who could swing the game in their favour. 1) ITUMELENG KHUNE (KAIZER CHIEFS) Khune is the most capped Bafana Bafana goalkeeper in history with 82 international appearances and on his day is arguably the best gloveman in Africa (with apologies to Denis Onyango).

He has almost single-handedly won matches for the national team in the past with his superb shot-stopping ability and has also proved a man for the big occasion‚ often delivering his best performances when Bafana need them most.

His distribution is world-class and he turns defence into attack quickly.

He is also a fine leader at the back.

2) THULANI HLATSHWAYO (BIDVEST WITS) The Bafana skipper for the day‚ ‘Tyson’ Hlatshwayo is tough as nails at the back and will not be intimidated by the crowd or the skilful Nigerian forwards.

He will get stuck into them and look to cut out areal balls‚ while he is also a fine reader of the game.

Hlatshwayo can be a danger at the opposite end of the pitch and already has three goals for his country.

He showed his cool temperament when he stepped up to score a vital penalty against Senegal in a World Cup qualifier last November.

3) BONGANI ZUNGU (VITORIA GUIMARAES‚ PORTUGAL) Recently returned to the squad‚ Zungu has had an excellent six months in Portugal at Vitoria and will look to bring that to the national team having not played for Bafana since November 2015.

He has upped his work-rate‚ skill on the ball and passing range since moving to Portugal‚ and has the ability to keep the midfield ticking for Bafana.

He also has three goals for the national side.

4) DEAN FURMAN (SUPERSPORT UNITED) Furman has been brought in for his leadership and tenacity in the midfield in what is likely to be a hostile environment in Uyo.

The SuperSport midfielder is busy in the middle of the park‚ breaking up play and using his fine passing range to get the side onto the front foot.

He can help to dictate the tempo and also help with the on-field decision-making.

5) TOKELO RANTIE (GENÇLERBIRLIĞI‚ TURKEY) Rantie can be hit-and-miss in front of goal‚ but he also creates chances for the national side that other players simply wouldn’t.

His lightening pace‚ ability to run with the ball at his feet and rocket shot have terrorised defences in the past.

He can create something from nothing and has the ‘x-factor’ to keep Nigeria guessing.

But he will miss chances too.