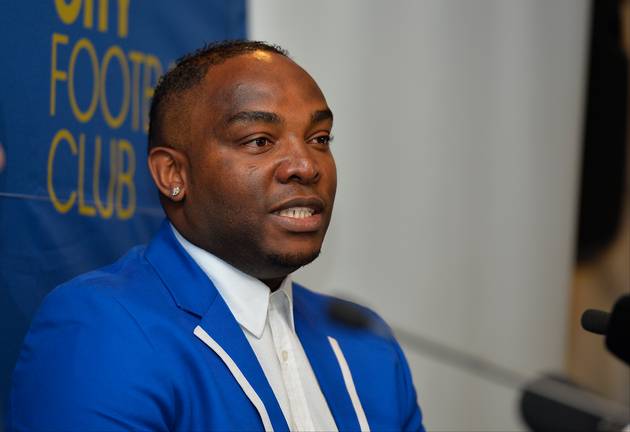 John Comitis sought to move quickly after the shock of Eric Tinkler walking out on Cape Town City last week and took just days to make up his mind about a new coach for his club.

"We had 22 applications and a lot of expressions of interest from intermediaries for others," said the City owner.

'I was a bit scared to pick up the phone,' says newly appointed Cape Town City coach Benni McCarthy

John Comitis sought to move quickly after the shock of Eric Tinkler walking out on Cape Town City last week and took just days to make up his mind ...
Sport
5 years ago

"It was heartening to realise the impact we have made in just one year."

Comitis confirmed Benni McCarthy as the club's new coach on Tuesday in the worst-kept secret in South African football.

"When I got the call on Thursday I knew immediately what it was about because I had heard about what had happened with Tinkler," said McCarthy.

"I was a bit scared to pick up the phone because I knew that would be the end of my five-year plan. I wanted to finish my coaching badges and to educate myself properly. But I knew by picking up the phone my plans would go down the toilet.

"John gave it to me! I tried to explain to him about my five-year plan but he said: 'Just go home and take it from there'."

McCarthy caught a plane to Cape Town on Saturday, his lawyers sorted out his contract on Monday and on Tuesday he was the club's new coach.

"You have to move on these things and once I made up my mind I wanted to get it sorted."

While it is a gamble on an untested coach, with just one season as an assistant in the Belgian league, it is also a massive publicity coup for the club.

McCarthy will return to his home in Scotland, where he lives with wife Stacey and daughter Lima Rose, but will be back in Cape Town on June 23.