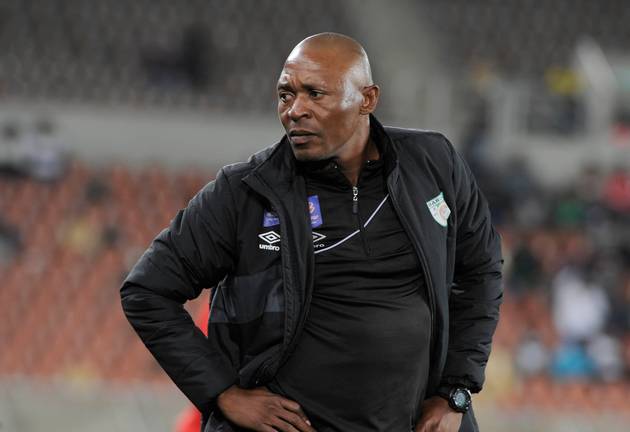 Baroka FC will remain in the Absa Premiership after their 1-1 promotion-relegation playoffs draw against Black Leopards at Thohoyandou Stadium on Saturday.

The result saw Baroka top the three-team mini-log with eight points, Leopards finish on second on five, and Stellenbosch FC third on just a point.

Leopards came into the game needing a win by two goals to earn promotion from the National First Division.

Victor Letsoala scored a 34th-minute opener for Baroka that appeared to all-but put paid to Leopards’ chances, and guarantee Bakgaga a second season in the PSL.

But Letsoala turned villian as he conspired to transform a mission impossible for Leopards, now needing three goals, into a task almost doable, as the forward was red-carded for a second bookable offence just after the break in the 47th minute.

Baroka started the playoffs with a 1-1 draw away against Stellenbsosch. They had done the hard work with their successive victories at home against Leopards then Stellenbosch FC that followed to sit on seven points, and with the advantage in their favour going into Saturday’s final match.

For Leopards, their third successive attempt at promotion through the playoffs again resulted in failure.

Baroka, who entered the playoffs as 15th-placed PSL finishers, a position above relegated Highlands Park in 16th, have some mistakes to rectify from a naïve first PSL campaign as they remain in the top-flight next season.

Leopards predictably began pushing for an early goal. Striker Mwape Musonda's free-kick in the sixth minute was struck with venom, having to be tipped over at full stretch by Baroka goalkeeper Tshinuna Avhhashoni.

But Baroka, sensibly, were not content to sit back and defend despite the knowledge that a draw would be enough. Slowly they wrestled the advantage in the midfield.

Then Bakgaga scored a crucial opener. Richard Matloga weaved past two defenders from the left and played a one-two with Mpho Kgaswane into the area on the right, forcing a save from keeper Rotshidzwa Muleka. Letsoala easily swept in the rebound.

It could have been 2-0 within minutes, a Baroka free-kick knocked down to Jose Garcia in the area, whose half-volley was kept out by a fine reflex save by Muleka.

Letsoala, within a minute of the break, rashly produced a studs-up challenge on Leopards centreback Jean Munanga resulting in a second yellow card and dismissal from referee Chris Harrison.

It gave Lidoda Duvha faint hope of scoring the goals they needed.

Then Matome Kgoetyane gave away the penalty that had the home crowd in full voice believing their team might just pull it off. The Baroka right-back fluffed a defensive header that he should have put behind the goal-line, then, from the ground, lifted a leg to foul Leopards left-back Lebogang Mabotja.

Leopards' star playmaker Ntshangase slotted to the left of Avhashoni.