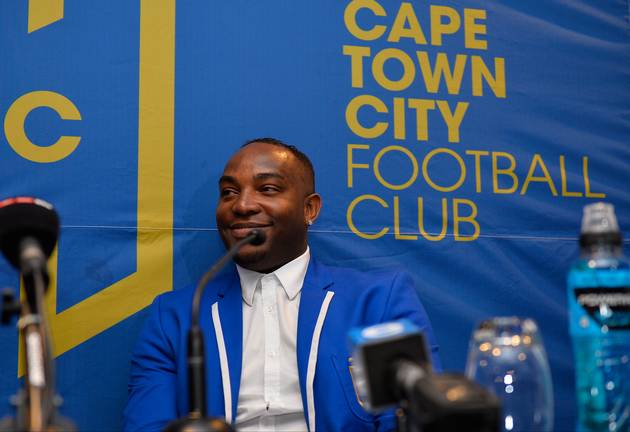 Benni McCarthy starts his new life as head coach of Cape Town City when he reports for duty on Thursday.

The former Bafana Bafana striker says he will draw on the experience of being an assistant in Belgium in the 2015/16 season‚ a job that solidified in his own mind that he wanted to stay in football.

McCarthy worked under Cape Town-raised head coach Chris O’Loughlin at Sint Truiden‚ the current club of South African striker Kurt Abrahams‚ and also says that experience opened his eyes as to what was required for the head of a technical team.

The pair ensured that newly-promoted Sint Truiden kept their top-flight status‚ though their contracts were not renewed.

O’Loughlin is now a first team coach at English side Charlton Athletic.

“It was probably the best thing I could have done because it prepared me for what I am about to face‚” McCarthy says of his time in Belgium.

“I got to face the things that football players don’t get to see‚ the hard work that is there‚ the tactical analysis‚ having to analyse games‚ your own players and the opponents.

“The kind of training that you do‚ the whole works. It is a long procedure [to prepare for matches]‚ and it was very tough.”

McCarthy says it has taken a shift in mind-set to make the step from player to coach‚ and it is something he is still getting used to.

“I was used to getting in at 9am in the morning‚ having my breakfast‚ and getting maybe a rub-down and playing some head tennis with the guys.

"Then you go out on the pitch‚ training starts‚ finishes‚ you shower and then go home. It was a nice‚ easy day for me as a player.

“But in becoming an assistant coach‚ I would do exactly the same‚ but after lunch time‚ now we are back in the office‚ more work‚ and I used to get home at 6pm.

“I thought‚ ‘wow‚ if I knew that this is what coaching is about‚ I would have stuck to just playing another couple of years more!” he joked.

“But I am a football guy‚ I love the game‚ I love the sport and it gave me everything. For me not to want to be involved in it‚ was a no-go.”

He feels his time at Sint Truiden was a success‚ despite the fact he left after one season.

“I have got that experience‚ and for me it was incredible‚” he says.

“We did not reach the heights that some people expected of us‚ but we were also tipped for relegation and that [survival] was all the club wanted.

"We did it‚ convincingly‚ so we achieved more than what the club expected from us.

“My time was cut short‚ so I went back to the drawing board and to study. But from then on I knew I wanted to be a head coach‚ I wanted to be in charge.”