'Jonevret's on top of things' 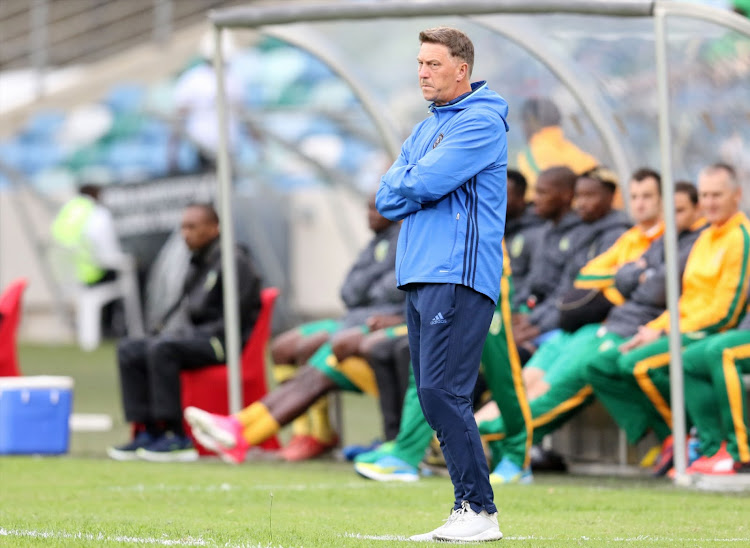 Gavin Lane believes Kjell Jonevret has shown enough tactically to suggest the Swede can make a success of Orlando Pirates, but said the current group of players have displayed "no heart".

He slammed the commitment of Pirates' current players and said an acquisition such as Steven Pienaar might be what the club need to bring direction to an underperforming squad.

Pirates finished a dismal 11th - Bucs' first placing outside the top eight in the PSL era - in the league in 2016-2017, though they still have the Nedbank Cup final against SuperSport United on June 24 to play for.

"With the current crop of players, there's no heart. When I was playing there were a good bunch of guys," Lane, the burly centreback stalwart of Bucs' 1995 CAF Champions Cup-winning team nicknamed 'Stability Unit', told TimesLIVE.

"When you donned a Pirates shirt it was one of the most important things in your life.

"In the past few years the players are there just because they are names. I was very upset about this season. But I totally believe in this new coach. He's obviously got some tactical abilities. He's got to learn South African soccer - that's his biggest problem.

"He came in there and he had a loss and a draw, draw, draw. But I think he's got to understand that it happens to any foreign coach coming into South Africa. I think he's got enough quality and understands football. Tactically Pirates looked as if they did improve under Jonevret.

"They looked a bit more compact,like they knew how they wanted to play. Coming in when they were lying in the bottom half, it was difficult for him to implement his plan.

"He needs some good guidance from 'Jazzy Queen' [Harold Legodi] as his assistant coach. And the biggest problem is to try to control his players."

Lane said Pirates have a strong midfield and attack, but need to sign quality defenders and goalkeepers.

"They do need a few defenders and keepers. And they need leadership at the back because they just concede too many easy goals."

Lane said Pienaar, linked to Pirates as he looks to return to South Africa from 10 years in the English Premiership, could also provide that in Bucs' midfield.

"Steven would bring that experience and impart it to some of the youngsters. And that's what Pirates need.

"It's going to cost them an arm and a leg, but why not? Go and get a guy who has the experience to slow the game down or make it faster when it needs it."