SuperSport remain focused in massive week for the Pretoria club 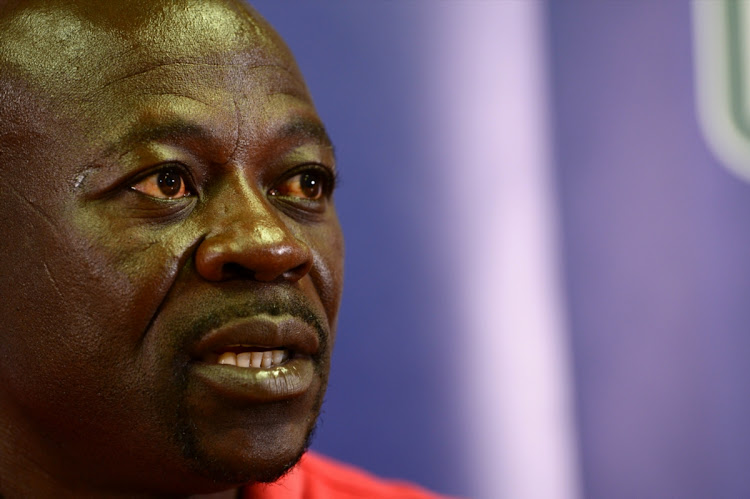 Supersport United have had an eventful season and they could wrap up their campaign in style if they win two massive games this week.

United get their busy week underway when they host Congolese side TP Mazembe at Lucas Moripe Stadium in a potentially tricky week Caf Confederation Cup group match on Tuesday night.

They then take on Orlando Pirates in an highly anticipated Nedbank Cup final showdown that will finally bring the curtain down on an unusually long domestic football season at Moses Mabhida Stadium on Saturday night.

It is a massive week for the Pretoria club and if United assistant coach Kaitano Tembo’s own utterances on Monday were anything to go by‚ Matsatsantsa a Pitori will field different teams at Lucas Moripe and at Moses Mabhida.

But this shouldn’t be too much of a problem as it is their second-string team that got them to the group stage of the Confederation Cup.

Tembo played down talk of pressure in the buildup to the two games and insisted that United have been juggling a congested season of domestic and continental matches for most of the campaign.

‘‘I think that looking at our season‚ there’s no right or wrong time to be playing these games‚” he said on Monday.

‘‘We have been playing week in and week out‚ with midweek games‚ and although these are very big games for us‚ they are also very different.

‘‘The final against Orlando Pirates is a once-off and it has to finish on the day. In the case of the (Caf game against Mazembe) we have to manage it better knowing that we still have two games to play for us to get to the quarterfinals.

‘‘So yes we have two big games but with different requirement in terms of performance. With this game (on Tuesday) if we get a draw we can still have something to build on before our next game against Horoya.”

Tembo is expected to sit on the bench when United host Mazembe while outgoing head coach Stuart Baxter should assume the seat in the Nedbank Cup final in Durban.

The Nedbank Cup final will be Baxter’s last match at United and he will then take over Bafana Bafana on a full-time basis after juggling the two jobs since he was hired by the South African Football Association last month.