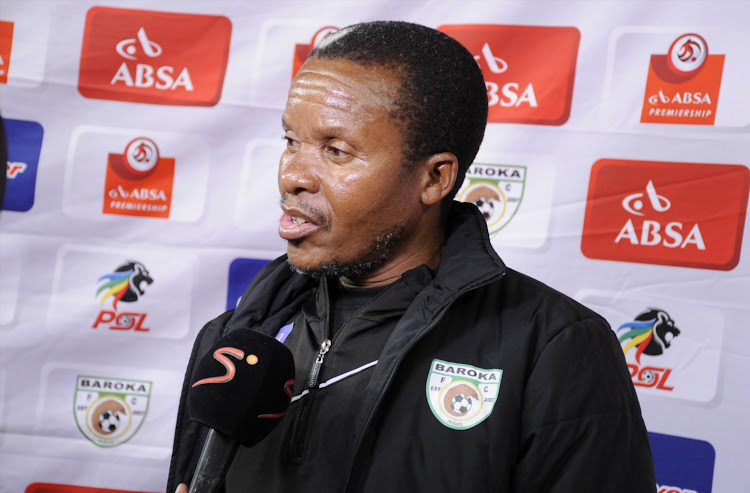 Kgoloko Thobejane may have helped Baroka FC escape relegation but his future at the club appears to be hanging by a thread.

Asked whether he would still be with the Limpopo outfit next season, the forthright 46-year-old said he could not confirm where he would be in the coming campaign.

"I won't say anything about my future at the club. I don't know what the future holds for me; please speak to [club spokesman] Jimmy Ngobeni," he said yesterday.

Ngobeni said management and technical team would meet in two weeks to discuss issues, including the coach's future.

"We cannot say anything about the future of the coach at the moment," Ngobeni said.

"The coach has done well to keep us in the PSL and we will get into his technical report in the next two weeks. After going through the report, we will assess his performance and we will then decide whether to keep him or not."

Ngobeni confirmed some players would be released by the club ahead of the 2017-2018 PSL season.

"Some players are definitely going to be released," he said.

However, Thobejane said he would be making minimal changes to his squad. "We have a brilliant squad and we don't want to change anything."