Chiefs midfielder given a chance to market himself to other clubs 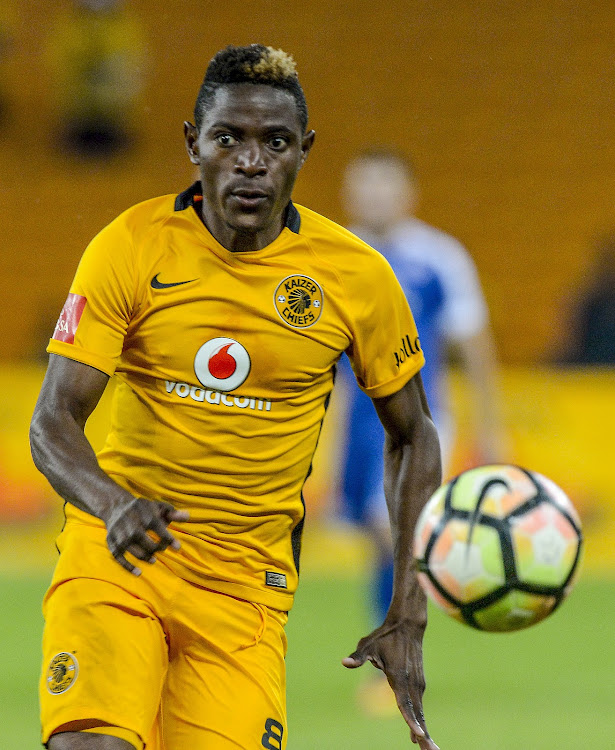 Kaizer Chiefs midfielder Michelle Katsvairo will be given an opportunity to put himself in the shop window after being selected by Zimbabwe for their COSAFA Castle Cup campaign.

Chiefs have stated they will loan out the winger for the coming campaign‚ and a strong showing at the regional championship to be hosted in South Africa’s North West province will perhaps improve his options.

Katsvairo joined Chiefs from Chicken Inn at the start of the 2016/17 season‚ but made just 11 starts‚ and none since December. He scored two goals.

He is one of five South African-based players called up by Zimbabwe coach Sunday Chidzambwa‚ who has been handed the reins of the national side again for this tournament.

Chidzambwa was in charge when Zimbabwe claimed the last of their four COSAFA Castle Cup titles in 2009‚ beating Zambia 3-1 in the final on home soil.

Strikers Nyasha Mushekwi and Cuthbert Malajila were the stars of that tournament‚ and would later win moves to the PSL.

This year they have been drawn in Group B alongside Mozambique‚ Madagascar and Seychelles.

They open their campaign against The Mambas on Monday at the Moruleng Stadium.

The tournament runs from Sunday until the final on July 9‚ with South Africa set to enter at the quarterfinal stage on July 2 when they will play the winner of the first round Group A that contains Angola‚ Tanzania‚ Malawi and Mauritius.