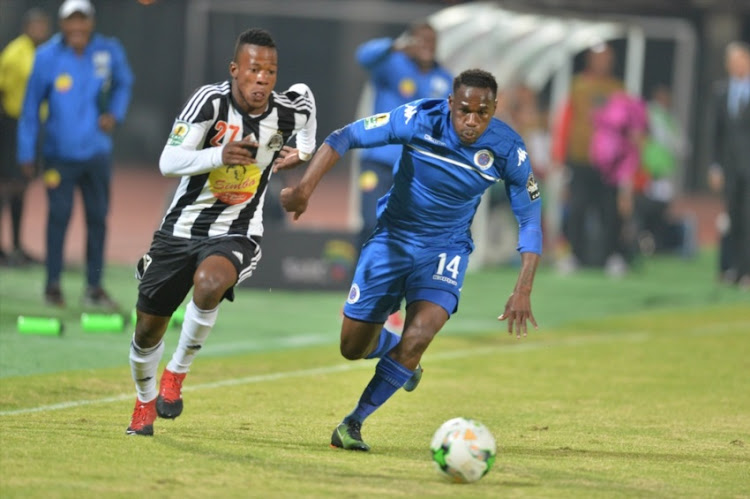 As far as goalless draws go, the one between SuperSport United and TP Mazembe could have a significant impact on the team's CAF Confederations Cup quarterfinal chances.

The result was a fair reflection of the colourless but tense nature of match, considering the exciting fare the sides dished up in the corresponding fixture in Lubumbashi on June 3.

Horoya's 1-0 win over CF Mounana  in Conakry meant a positive result was a prerequisite for both teams.

They were all tied on five points with SuperSport heading up Group D on goal difference.

SuperSport still have to make the trip to Guinea in what could be a tournament deciding game July 1 as Mazembe have the easier task of travelling to Gabon to deal with the group's weak link the next day.

The tactical blitzkrieg expected from the sides didn't materialise and the crowd had to find other ways to keep themselves entertained.

Then again, results and not aesthetics have been the selling point of of CAF Club continental matches.

The phoney war started in the crowd where the VIP area seperated the two sets of Mazembe fans.

After singing the loudest, the group on the left was able to convince the one on the right to join them.

In that event, they drowned out the miniscule SuperSport United group and their brass band.

At times, it felt like the Stade TP Mazembe in Lubumbashi somehow transplanted itself in the west of Pretoria such was the turnout of the visiting crowd.

With the game being a tactical chessmatch, the crowds had to content themselves with the sporadic singing as chances were few and far between.

Thuso Phala's pace attracted plenty of attention and when he did find space, his long range grass cutter was well saved by Mazembe goalkeeper Ley Matampi.

SuperSport displayed some defensive diligence absent in the early part of the group stage.

SuperSport remain focused in massive week for the Pretoria club

Supersport United have had an eventful season and they could wrap up their campaign in style if they win two massive games this week.
Sport
5 years ago

They conceded seven goals leading into the game even though it was offset by the nine they scored.

Ronwen Williams didn't have the busiest of first halves but chances from Rainford Kalaba and Michee Miku kept him honest.

SuperSport suffered a crucial blow when everpresent left back Onismor Bhasera was stretchered off on the stroke of halftime.

There's a high possibility of his unavailability for Saturday's Nedbank Cup final against Orlando Pirates in Durban.

The second half continued in the same vein as chances refused to avail themselves.

Kalaba, Thabo Mnyamane, Grant Kekana and Teboho Mokoena all had half chances at best but they did little to worry the respective goalkeepers.

The game predictably petered out into the expected draw that will do the sides no good.