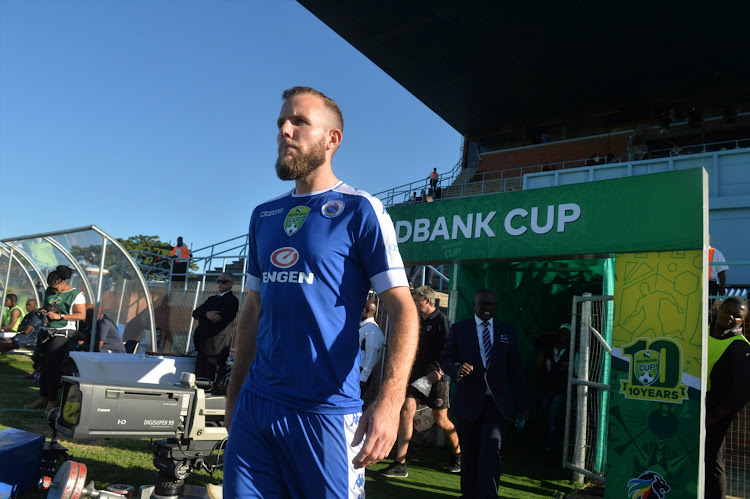 Jeremy Brockie is focused on trying to help SuperSport United retain the Nedbank Cup trophy this weekend before he thinks about approaches from Mamelodi Sundowns and Orlando Pirates.

The deadly Kiwi striker’s consistent plus-15 scoring ratio in his two seasons at SuperSport has made him a target of Downs‚ who according to reports are willing to break the bank at R15 million for Brockie.

SuperSport have put up not-for-sale signs on the striker ahead of Saturday’s Nedbank final against Pirates at Moses Mabhida Stadium.

The striker on Wednesday did not want to be drawn into his personal interest in a potential move‚ with his name also linked to Pirates.

“Look‚ I’m just concentrating on the Nedbank for the moment and hopefully retaining the trophy there‚ and we’ll see what happens after that‚” he said.

TP Mazembe assistant coach David Mwakasu says SuperSport United stand a good chance of getting through to the CAF Confederations Cup final. This was ...
Sport
5 years ago

Brockie admitted that he is flattered by the interest from SA’s big clubs.

“Yeah it’s nice. I think when I first came to the country people were sort of saying‚ ‘What’s a New Zealander doing playing football?’” he said

“So to go from that to having the interest in me over the last couple of years is nice. And it’s nice to hear about the links with the big clubs in South Africa.

“But like I said‚ we’ve got to concentrate on the Nedbank Cup this weekend‚ and then we’ll see.”

Brockie has reached new levels as of scoring prowess in the PSL‚ having not been as prolific in New Zealand.

The 29-year-old puts this down to a combination of reaching his playing peak in his late 20s and the style of play in SA.

“My biggest goal-scoring season before I turned up in South Africa was 16 goals. Last year was 18 and this year 17 so far‚” Brockie said.

“They’ve been my two best years in terms of consistency.

“I think it’s a bit of both. I’m obviously enjoying my football and in the peak of it at the moment. I’m at the right age‚ I’m experienced enough now.

“And‚ along with that‚ the style of play here in South Africa.

"I think it’s quite an open‚ attack-minded game and if you’ve got that sort of sniff to get in and around the box and find out where the ball is going‚ then there are definitely opportunities.”