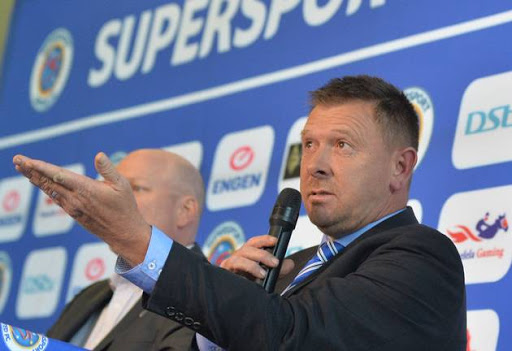 This was a glowing admission from the tournament's defending champions‚ who were held by the hosts to a goalless draw in their Group D tie at the Lucas Moripe Stadium on Tuesday evening.

SuperSport had also fought back to draw 2-all in the corresponding fixture in Lubumbashi in early June while claiming a notable 5-3 away win against CF Mounana last month.

SuperSport and Mazembe find themselves in an almighty scrap for second place with Horoya beating Mounana 1-0 in Conakry to go two points clear at the top.

While the game was devoid of scoring chances and entertainment‚ it was a defensive masterpiece from the free-scoring South African side who remain second on goal difference with six points.

“SuperSport are a good team and there's a possibility of them making it to the final. I've watched their games and today they've played well.

"I watched them when they played against CS Don Bosco in Kinshasa and they beat them in Kinshasa before drawing here.

"They're a team who play attacking football when they're travelling and they play to win.

“Hopefully when they play Horoya‚ they'll have the same mindset and go for the win because they can win. Our team is hoping to get to the final so we can maintain the legacy of TP Mazembe.”