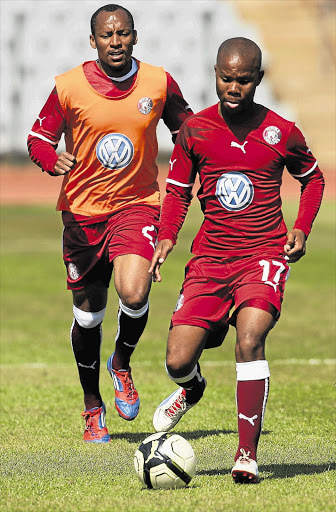 Moroka Swallows' woes worsened when it emerged on Wednesday that the troubled club now faces the possibility of liquidation in the Gauteng High Court on Thursday.

Gauteng MEC for education and staunch Swallows fan‚ Panyaza Lesufi‚ must convince liquidators in court on Thursday that the consortium he leads has a solid plan to repay the club's debt mounting to an estimated R200m.

“People who are owed by Swallows are the ones taking us to court‚" Lesufi revealed on Wednesday.

"There are various organisations and all of them want to salvage whatever they can get.

"We know what they want and they want the name of the team basically.

“Everything has been served at the Gauteng High Court and I will be there tomorrow (Thursday) to deal with that aspect.”

Lefusi said they have a detailed plan they are going to present to the liquidators and they hope that the judge will be sympathetic and grant them an extension.

“As I said‚ it is a setback for us but this is something that we go through so that we can start from scratch.

"We just have to go there‚ argue our case and hopefully the judge can be sympathetic to us because for the first time we are not running away from our debt.

"We are saying that let's manage because we have managed other debt before.

"It is just that there are some people who know that the team does not have money but they want to be paid now.”

Swallows’ relegation to the obscurity of the SAB League in April was confirmation of the once proud club's embarrassing plunge into oblivion.

The once Mighty Birds' demise from the Premier Soccer League in 2014-2015 to further relegation from the National First Division last season‚ then the ABC Motsepe League this season‚ followed years of abysmal management of one of the original giants of South African football.

While the easy way out for Lesufi and his consortium would be to simply walk away and try to buy another premiership side's status‚ they have resisted the temptation.

The Gauteng MEC said they are reluctant to go that route and they prefer to lay a solid foundation themselves.

“We are very reluctant for now to say we want a status from PSL or the National First Division because we want to have a solid foundation.

"You can have these things but if administration and ownership issues are still problematic‚ we are going to go back to where we are.

"On the basis of the foundation and the financial muscle that we want to amass‚ we then can determine where we want to play.”

He added that they have contacted 38 influential people who are fans of the club and they are willing to contribute financially.

“We have paid off some debt thus far and we have been working very hard over the last three months.

"This thing is in us‚ we have many people who are saying 'we are Swallows fans and we want to assist'.

"You have Judge president Bernard Ngoepe‚ deputy minister of finance Sfiso Buthelezi is a Swallows fans‚ Tokyo Sexwale is also there‚ we are knocking at their doors and asking if they can dig deeper to help.”