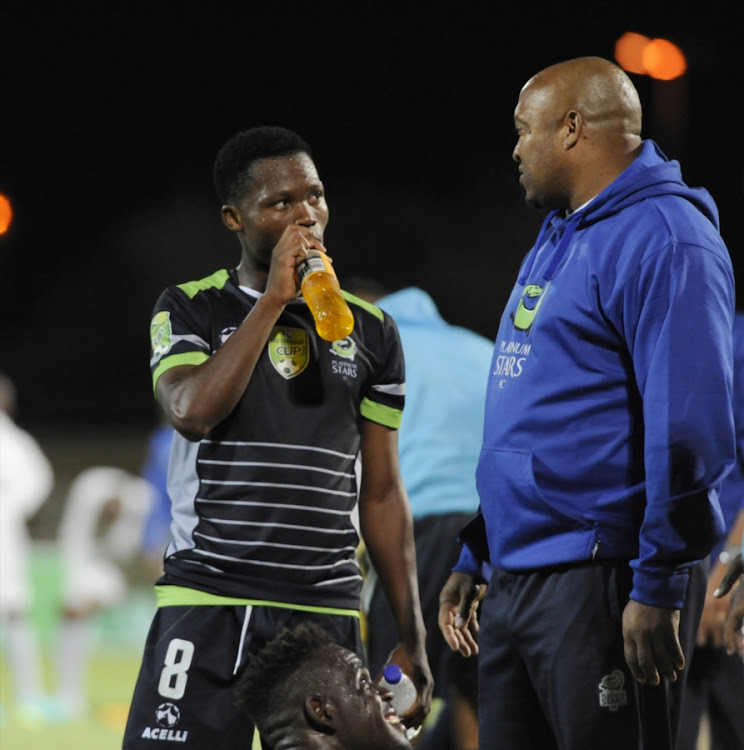 Willem Jackson will take charge of Platinum Stars on Wednesday night as they try to keep alive their African Confederation Cup campaign‚ making him the 32nd different coach of an expansive 2016-17 season.

Jackson replaces Cavin Johnson as Starts go into battle against CS Sfaxien at the Royal Bafokeng Sports Palace and for the next Group B match in the continental club competition away against Mouloudia Alger in Algeria next Friday‚ June 30.

Peter Butler‚ still under contract with Botswana until the end of the month‚ takes over on July 1 and will be in charge of the last group game on July 8 against the Swazi club Mbabane Swallows.

A total of 33 different coaches in a single season is the second highest turn over in the last 15 years of Premier Soccer League action.

A total of 22 changes is the most for the PSL since a season of carnage for coaches in the 2003-04 campaign.

This PSL season was particularly marked for a series of about turns by management‚ like at Baroka FC for example‚ where Kgoloko Thobejane started off as coach‚ was replaced by Jacob Sakala‚ then brought back‚ then asked to co-coach with Milton Dlamini and finally finished the promotion-relegation play-offs in solo charge again when Dlamini left.

That is four different changes in the space of a single campaign that might explain why the Limpopo-based club came so perilously close to going straight back down to the National First Division after their maiden top flight season.

Chippa United put Dan Malesela on “leave” and promoted assistant Wellington Sambu only to restore Malesela to his role again near the end of the campaign.

With clubs now heading back from their holidays to begin preparations for the 2017-18 season‚ Bloemfonteinc Celtic‚ Free State Stars‚ Maritzburg United and Polokwane City are still to announce permanent appointments for the new campaign.

And there have already been changes at Cape Town City‚ Platinum Stars and SuperSport United.