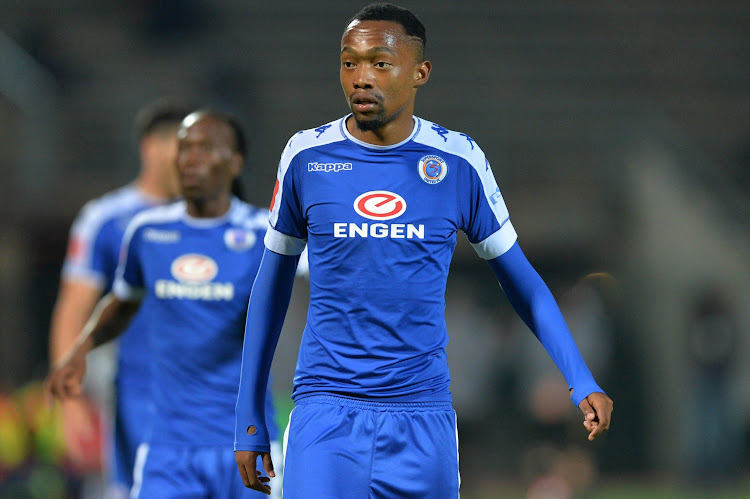 Thabo Mnyamane knows that at a personal level Saturday’s Nedbank Cup final against Orlando Pirates is a chance for the SuperSport United forward to stake a claim for a Bafana Bafana place.

Coach Stuart Baxter says SuperSport United will not let their guard down at the Moses Mabhida Stadium when they take on Orlando Pirates in the Nedbank Cup final on Saturday. The final will be Stuart Baxter’s last before he departs to coach the national team. Subscribe to TimesLIVE here: https://www.youtube.com/user/TimesLive

Mnyamane was left out of SuperSport coach Stuart Baxter’s first Bafana Bafana squad that went on to beat Nigeria 2-0 in Uyo in an Africa Cup of Nations qualifier on June 10.

His was one of the few question mark omissions as Baxter named a strong Bafana squad juggling his new national team duties with ending his contract at SuperSport‚ including a chance at Matsatsantsa retaining the Nedbank trophy in a repeat of last year’s final.

In-form Mnyamane – with 11 goals in all competitions in 2016-17 – is hoping that a good performance at Moses Mabhida Stadium will make it hard for his club coach to ignore the former Pretoria University FC forward once Baxter becomes full-time Bafana boss.

“I believe we’re doing so well in this league (the PSL) – every player is doing well domestically‚ and abroad. So it’s good for the coach to have a headache selecting players‚” Mnyamane said on Wednesday.

“I believe my chance will come again. I was in the last squad‚ then not in this recent squad.

“But I believe that when they announce the next squad I will be there. I need to deliver domestically‚ that’s when I put my name in the hat.”

Mnyamane said SuperSport’s players have taken in their stride a situation where Baxter had to leave Matsatsantsa for a period for the Nigeria game‚ with assistant-coach Kaitano Tembo taking over in Caf Confederation Cup games.

Adding to the confusion at SuperSport‚ 2015-16 Nedbank champions with a 3-1 final win against Pirates in Polokwane‚ Eric Tinkler has already been poached from Cape Town City as next season’s Matsatsantsa coach.

“The team has been managing the situation very well. We went to TP Mazembe without the coach (Baxter). And we got a great result‚” Mnyamane said of SuperSport’s 2-2 Confed draw against Mazembe in Democratic Republic of Congo on June 4.

“So we’re balancing between him being here and him being away. For us it hasn’t been a train smash because we are very professional as players and the management has helped us cope with it very well.

“Being his last official game for the club it’s going to be a special one for him. And for us as a collective.”