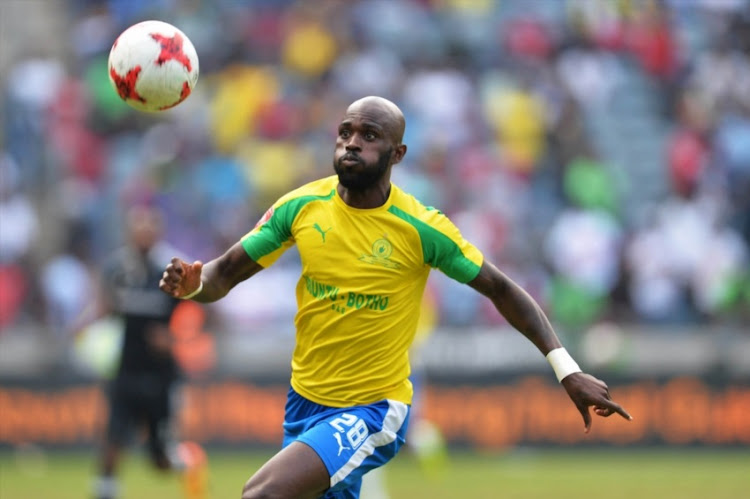 Mamelodi Sundowns will be ruing missing a glorious chance to wrestle back the leadership of their African Champions League group but still sent out a signal of the ability to successfully defend their crown by drawing away in a hostile cauldron in Tunisia on Wednesday night.

Percy Tau squandered the best chance of a game that was low on clear cut opportunities but Sundowns will feel satisfied that they did not lose against the Group C leaders Esperance.

The 0-0 draw at the Rades Stadium, bursting with noise and eventually clouded over as a result of all the smoke bombs let off by the home fans, means Esperance stay top with eight points with Sundowns on five, equal with St George of Ethiopia, who they meet next in Addis Ababa on Saturday July 1.

The group is still wide open but Sundowns have arguably an easier run-in with their last game on July 8 at home to AS Vita Club of the Democratic Republic of Congo.

They are on course to finish in the top two and advance to September’s quarter-finals.

Esperance, as expected, started Wednesday’s game at breakneck speed and with high pressure forced Sundowns to continually give away the ball.

But the home side were unable to conjure up any clear chances and once Sundowns had successfully weathered the early storm, they began to unshackle themselves and play with the confidence befitting continental champions.

With Pitso Mosimane opting to use just one defensive midfielder in Hlompho Kekana, back after missing their last two matches through injury, and five attacking players ahead of him, the intention to try and do to Esperance what they inflicted on Sundowns, at the start of the month, by wining 2-1 in Atteridgeville, was clear.

But Sundowns did not take their chances. First Kekana tried to curl a free kick instead of hitting it with the power he is capable of and was wide of the target.

Just past the half hour mark, there was a golden chance for the holders to take the lead when Themba Zwane picked up a stray pass from defender Ali Machani and set off towards goal, unselfishly passing to Tau.

Tau should have scored but saw his left footed shot saved by the legs of Moez Ben Cherifa, the home goalkeeper.

It was a horror error that Sundowns should have punished but instead they ended the half having to scramble at the back with Denis Onyango stopping a header from Fakhreddine Ben Youssef at point-blank range just before the break.

Tau had a half chance just before the hour mark but pulled the trigger too soon.

And on the other end of the pitch, Fousseny Coulibaly came closest for Esperance with a long-range effort of his own not long thereafter.

Those were the only chancers of a second half that was a bruising midfield battle that Sundowns slightly shaded for a boost of morale.

But it might have been a night of celebration had they not fluffed their one opportunity to sneak it.