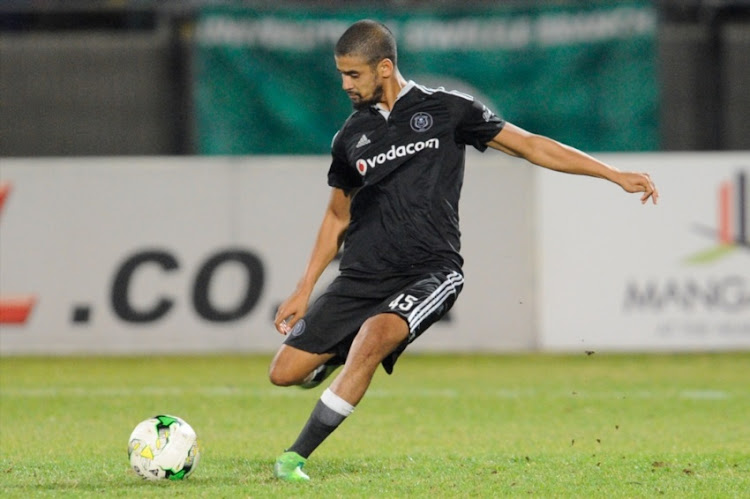 Abbubaker Mobara’s big transfer to Orlando Pirates might not have worked out as well as he had hoped in his first season‚ but the classy utility player still has no qualms he made the right move.

Mobara – Pirates’ 23-year-old centreback‚ right-back or central midfielder – might see the irony in how the club he left at the end of 2015-16‚ Ajax Cape Town‚ finished higher than 11th-placed Bucs in 10th after at one stage fighting a grim relegation battle.

Bafana Bafana international Mobara had marked Neymar out of the game in the SA Under-23s’ 0-0 draw at the Rio Olympics soon after signing for Bucs‚ and the 2016-17 season for both him and his new club looked bright.

To make matters worse‚ Mobara had made some straight-opinions known about how Ajax was run‚ and their lack of ambition‚ soon after leaving the club.

But the player‚ who will line up in Pirates’ midfield as they seek a face-saving Nedbank Cup final win against SuperSport United on Saturday in Durban‚ remains convinced that in the long term he made the right call seeking greater challenges in Johannesburg.

“It’s similar to what Keagan Dolly did when he went to Mamelodi Sundowns‚” Mobara said‚ comparing his move to the initial struggles of his former Ajax team-mate moving to Gauteng.

“And that’s something that every footballer wants – making the chances even bigger for you to take the next step into Europe.”

Mobara knows that a win in Saturday’s final will propel Pirates back into familiar territory where they have been the pathfinders rejuvenating SA’s continental club fortunes in the past half-decade‚ as qualifiers for the Caf Confederation Cup.

And for the player‚ whose intelligence on the field sees him at times almost self-detrimentally versatile‚ that would also represent a potential stepping stone to following in the footsteps of Montpellier forward Dolly to Europe.

“If we could just take each game as a final as Orlando Pirates I don’t think we’re going to need Caf to take us to the next step‚” Mobara said.

“But being in Caf makes your chances even bigger to take the step up in Africa‚ or into Europe.

“I mean‚ every footballer wants to play in Europe. Sometimes the chances are not that good‚ maybe you don’t have that luck.

“For me‚ it’s just to get that opportunity to go over. I think every footballer should probably take it with both hands because it sometimes only comes once.”

Mobara was called up to‚ though did not play in‚ the squad for Baxter’s first national team game‚ the 2-0 Africa Cup of Nations Cup qualifying win against Nigeria in Uyo this month.

That result‚ and the promising emerging generation that includes the likes of Mobara‚ Dolly‚ Bongani Zungu and Percy Tau‚ has Bafana players excited not just at the prospects of being at Afcon Cameroon 2019‚ but also qualifying for the 2018 Russia World Cup.

“If you’re a footballer and you don’t smell the World Cup now‚ then you must quit‚” Mobara said.

“I mean‚ there’s so much to play for‚ not just for you club but your country. And just to be a part of it should be a blessing.”