No confidence in dozing Pirates side 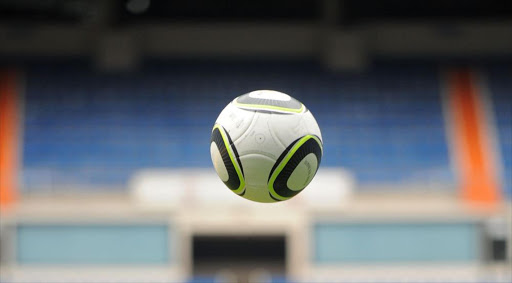 Tomorrow's Nedbank Cup final brings the curtain down on a long domestic season, although Supersport United will play on for at least another fortnight as they participate in the final round of the African Confederation Cup's group stages.

It is the admirable progress of South African clubs in continental club competition over the past 19 months that has seen the league forced to stretch its own calendar, which will also have a bearing on the Nedbank Cup decider.

For Supersport there has been a steady diet of matches since they finished their league programme on May 27.

Participation in the Confederation Cup has kept them match sharp and boosted their confidence, notably drawing away at TP Mazembe in Lubumbashi at the start of the month.

In contrast, cup final opponents Orlando Pirates have had nothing but a diet of training friendlies to click them over since they last kicked a ball in anger and their tepid end to the season must still hang heavily over their hopes.

That is why Supersport United must be regarded as strong favourites to beat Soweto's Buccaneers and take the Nedbank Cup for a second successive year. Punters can bet on them in tomorrow's Soccer 1, Soccer 6 and Soccer 10 - all of which have been paying out handsome dividends of late.

The last game in charge of Supersport for Stuart Baxter might be the rallying point the players have made in the media, but the real motivation is picking off a limp Pirates team who were markedly uninspiring this season.

They had been expecting a lift after the arrival of Kjell Jonevret from Scandinavia as their coach, but the Swede has done little to alter their fortunes and failing to finish in the league's top eight proved a disappointing return.

They are still a side with strong ball players and can turn it on when they are on form, but sitting around for the past month, waiting for the final, hardly inspires any confidence in their chances.

The game is M5 in the top Soccer 6 pool of the weekend.

Let's analyse the others:

The two meetings between these two countries previously were friendly internationals played in 1992 and 1994 and both won by Russia. Mexico need only draw to advance, but the Russians must win to stay involved in their own tournament.

The Kiwis were always going to struggle at the Confederation Cup and, up against Cristiano Ronaldo and cohorts, would look to have little chance of avoiding a third successive defeat. They are already out of the tournament.

Valerenga are on a five-match unbeaten run. Lillestrom have won their previous five fixtures in a row.

Limerick scored five goals in their last home appearance. St Pats are bottom in the Irish league and have not won in their previous five outings.

M6 Santos v Sport Recife: In 20 past meetings between these two Brazilian clubs, there have been eight wins for Santos, six for Recife and six draws.