'You can’t have a squad like Stoke City and want to be playing like Barcelona,' says Fadlu Davids 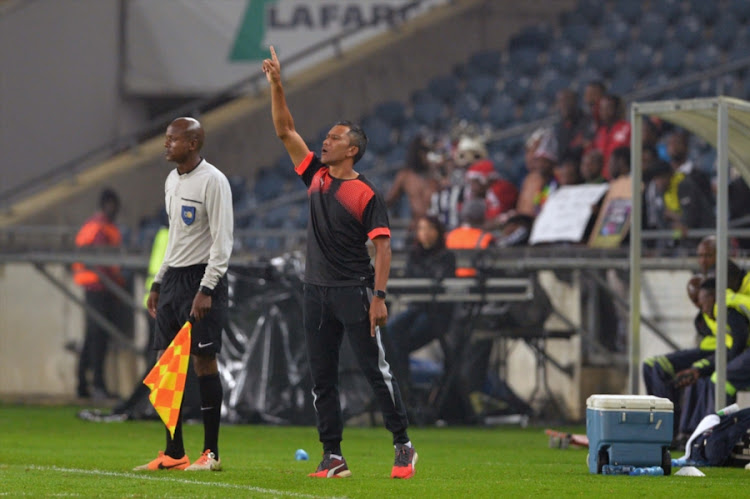 Fadlu Davids – the reluctant Maritzburg United head coach – has accepted that now is the time to step up to the plate‚ he said after his announcement to the post in Pietermaritzburg on Tuesday.

The former United striker – despite what must surely be an overly expectant mandate of a top-five finish and cup final appearance for 2017-18 – credited chairman Farook Kadodia for the start he had been given as an assistant-coach to self-declared mentor Ernst Middendorp.

Davids – handed only a cautious two-year contract with a year’s option by United – becomes the youngest coach in the PSL at 35.

Davids given tough mandate after finally getting Maritzburg coaching job

Maritzburg United’s new head coach‚ Fadlu Davids‚ has a mandate to finish in the top five in the Premier Soccer League‚ and reach at least one cup ...
Sport
5 years ago

The five-year assistant at Maritzburg‚ with a brief stint away assisting Middendorp at Bloemfontein Celtic‚ had been reluctant to take the head coaching post despite his influential role in two stints in last season’s highest finish of seventh.

Davids wanted to complete his Uefa Pro License‚ which would have taken another year‚ and meant time away during the season.

“It’s an honour‚ it’s a privilege‚ to finally be handed this title as head coach. I’d like to thank the chairman for the trust‚” Davids said.

“But it started five-and-a-half years ago in January‚ after a friendly against AmaZulu in Durban‚ where the chairman had a chat with me.

“Of course as a player you always think you can still play. I had a terrible injury‚ and I never really fully recovered.

Maritzburg United have announced Fadlu Davids as their new head coach at a press conference currently underway in Pietermaritzburg.
Sport
5 years ago

“That’s where the chairman had a word with me‚ and with Ernst Middendorp‚ who had just joined the club.

“The chairman encouraged me to take the assistant role alongside Ernst. I had a meeting with Ernst‚ and we took that step in January 2012.

“A lot of former players in one or two years want to step in and be head coach. But I was fortunate to enough to have – and I can call him that – a mentor in Ernst who set out a five-year plan for me to get my licences and the experience.

“It’s been five-and-a-half years now. And I think the time is now for me to take it. And to continue the little success we had last season‚ grab it by the horns and take it on.”

Davids is among a group of young coaches and fitness trainers – including Mamelodi Sundowns and Bafana Bafana’s Kabelo ‘KB’ Rangoaga and SuperSport United’s Joshua Smith – to have completed courses under Dutch periodisation guru Raymond Verheijen.

The young coach said the youth and energy of his young squad would see Maritzburg continue the high intensity football that saw them win six and draw seven of his 16 games in two stints last season.

“The project is really exciting‚ with all these young players coming through‚” Davids said.

“Of course every coach wants to bring an attacking style and play expansive football. But the players determine that. You can’t have a squad like Stoke City and want to be playing like Barcelona.

Bafana Bafana scrambling for players ahead of Cosafa Cup participation

A scramble for players continued for South Africa’s national team on Monday as Mandla Masango and Lebogang Phiri were both told to report for ...
Sport
5 years ago

“Fortunately for us‚ we have a lot of dynamic players‚ a lot of pace‚ a lot of penetration and dribbling skills.

“And put them in positions where they can showcase their one-versus-one skills‚ to showcase this quick attack – what we have been known for.

“Fortunately for me we will continue playing that attractive game and hopefully we will contest as we did last season.”