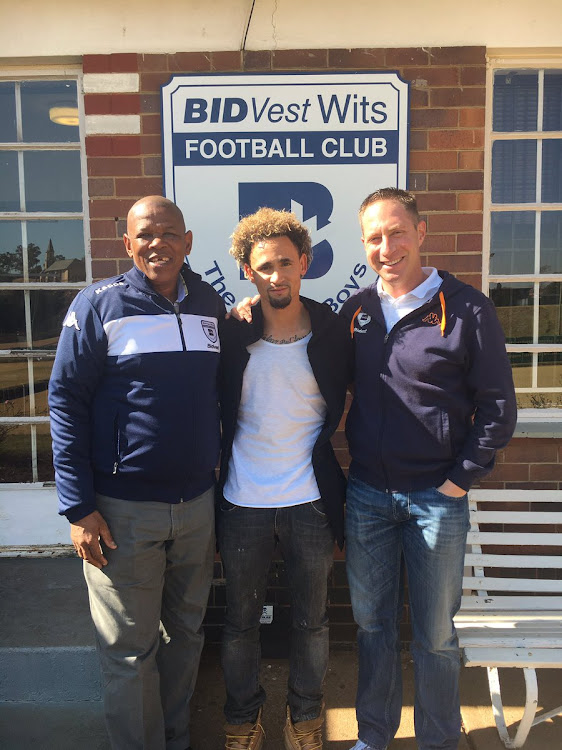 Premier Soccer League champions Bidvest Wits have made Daylon Claasen their second acquisition as they beef up squad ahead of their Absa Premiership title defence and involvement in the CAF Champions League.

The 27-year-old joins the Clever Boys as a free agent after being released by Bundesliga II outfit TSV 1860 Munich‚ where he spent the last few seasons.

Claasen's arrival follows that of Free State Stars's defender Bokang Thlole‚ who will join Gavin Hunt's team in July having signed a pre-contract in January.

The coach is viewing Claasen‚ who has seven Bafana Bafana caps‚ as a like-for-like replacement for Mogakolodi Ngele‚ who‚ along with striker Cuthbert Malajila‚ will return to Mamelodi Sundowns following a season-long loan spell in which they helped the Milpark club win their first league title in their 95-year-old history.

Daylon Claasen and Thamsanqa Sangweni have arrived to train with Bidvest Wits with a view to signing for the Absa Premiership champions.
Sport
4 years ago

Claasen was a star of the South African Under-20 team that reached the last-16 of the 2009 Fifa U-20 World Cup in Egypt alongside the likes of Andile Jali‚ Kermit Erasmus‚ Thulani Hlatswayo‚ Kamohelo Mokotjo and Thulani Serero.