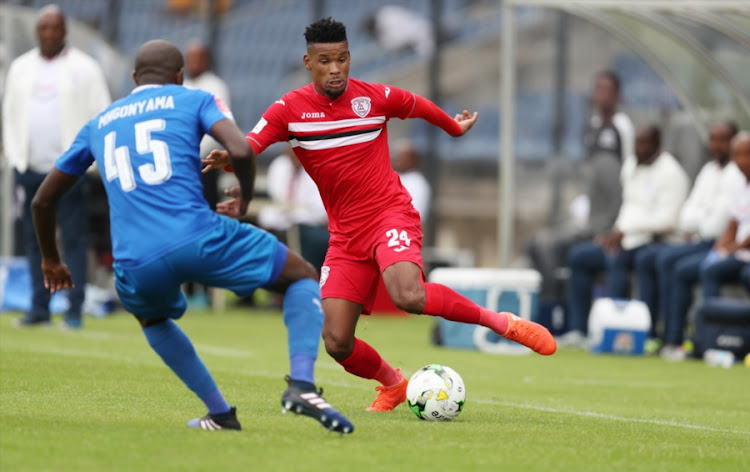 Jose Ferreira has been assured by Orlando Pirates that they did not sign a conflicting pre-contract with Absa Premiership champions Bidvest Wits’ new signing Bokang Thlone‚ the Clever Boys CEO has said.

Ferreira said that Wits are confident that impressive left-back Tlhone‚ signed on a pre-contract from Free State Stars in January to join Wits at the beginning of July‚ is legitimately his club’s player.

The Wits CEO said his only knowledge of a compromise to that deal arising from Tlhone possibly having also signed a pre-contract with Pirates was from media reports.

“Right now‚ the players that we’ve signed you guys know about. It’s one player – Bokang Tlhone from Free State Stars‚ and that’s it‚” Ferreira said.

Asked about reports of Thlone having also signed for Pirates‚ Ferreira said: “Those are reports that have come out from the media. I can only comment on what I know.

“Which is that we signed a pre-contract with him on January 4.

"Prior to signing that contract with him we notified Free State Stars that we were entering into negotiations with their player‚ as is required in terms of the rules.

“After signing him with affect from July 1‚ we wrote again to Stars‚ and we got all that documentation and we advised Stars as is required by the rules.

“If anybody else has done that let them produce those documents.”

Ferreira was asked whether‚ in the event of there having been two pre-contracts signed‚ the first would apply in terms of a dispute.

“I don’t want to go down to the legalese of that. All I can tell you is that I am confident that we signed him at the time that we did. And that there is no other club that signed him‚” he replied.

Daylon Claasen and Thamsanqa Sangweni have arrived to train with Bidvest Wits with a view to signing for the Absa Premiership champions.
Sport
4 years ago

“And really it’s not fair for me to comment on a situation that I know nothing about. All that I know is from media reports

“I can only take it from Floyd as to what he says it is.”

Wits have lost Mogakolodi Ngele and Cuthbert Malajila‚ who have returned to Mamelodi Sundowns from a one-year loan‚ since winning the first league title in their 95-year history in May.