Bafana dumped out of the Cosafa Cup at the first hurdle 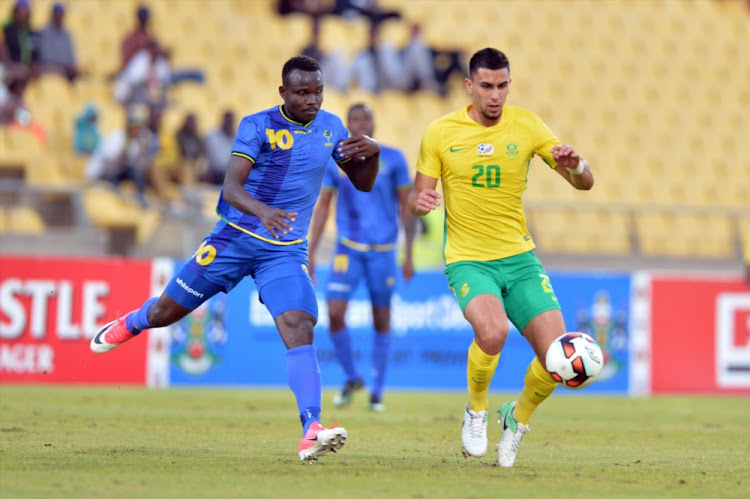 South Africa were bundled out of their own tournament at the first hurdle on Sunday as Tanzania beat them 1-0 in the Cosafa Castle Cup quarter-final at the Royal Bafokeng Sports Palace.

Elias Maguiri’s 18th minute strike gave the guest team a semifinal slot although the makeshift home team dominated the match although ultimately looked the patchwork collection of players they were.

“It was very disappointing, I think the game was poor," said a frustrated Stuart Baxter after a second successive defeat in the few weeks since he has taken over.

"There was not a lot of quality shown by either side but we had a few chances and built a bit of pressure but failed to take them.

There is not much for him to work on and now just 48 hours before their next game, in the plate competition against Botswana at the Moruleng Stadium on Tuesday.

Tanzania are through to the semifinal against Zambia on Wednesday, also at the Moruleng Stadium.

South Africa’s line-up had a total of five previous caps between them and the makeshift nature of the selection was evident early as the combinations looked a little uncertain.

But Cole Alexander, parachuted into the squad on Thursday only, was busy from the beginning, despite not having played since last February.

His midfield work shined over the other contributions although Judas Moseamedi upfront made clear his potential too.

In fact he should have had the first goal when a long ball from Mario Booysen saw him run on and finish but the linesmen flagged him offside.

The decision, the TV replays showed, was incorrect and South Africa should have gone into the lead.

But instead it was Tanzania who took the lead immediately after the incident with a superb ball over the top of a South Africa defence that had pushed up too high, allowing Elias Maguri to get in behind Lorenzo Gordinho and with a solid first touch beat Boalefa Pule, whose positioning let him down.

South Africa went into the half-time break a goal down but 7-0 up in the corner count and with 65 percent of the possession.

Again they dominated the second period but Tanzania had a stout defence although there were late chances for Moseamedi, one of the few shining lights for the South Africa, and Lorenzo Gordinho, who might have snatched a stoppage time equaliser. - TimesLIVE