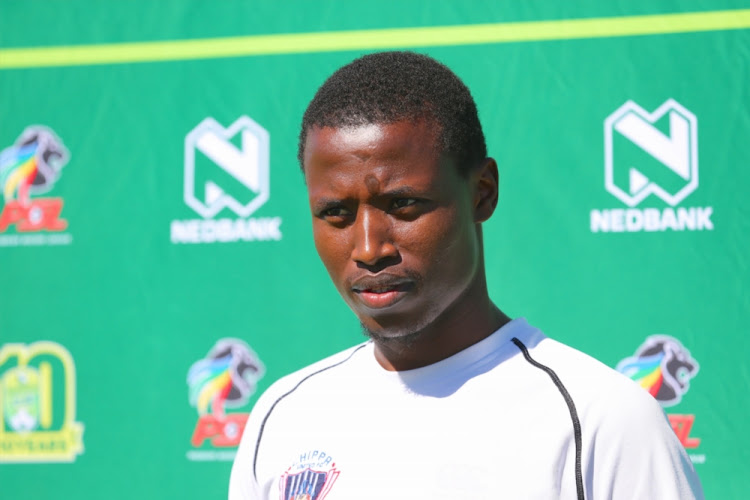 THE domestic premiership transfer window stepped up a gear after Orlando Pirates confirmed the signing of midfielder Thamsanqa Sangweni from Chippa United on Monday.

The 28-year-old Sangweni has signed a three-year contract and he follows in his elder brother Siyabonga’s footsteps‚ a tough-as-teak defender who established himself as one of Pirates’ defensive mainstays before injury forced him out of the game in April last year.

“I am very happy to have joined the club‚” Sangweni said in a statement on Monday.

‘‘I look forward to making a positive contribution and help the team to bounce back to where we all know it belongs.

“I would like to thank the chairman‚ the staff and the supporters of Chippa United for all they have done for me‚ I will be forever grateful.”

The older Sangweni endeared himself to the Pirates supporters in his prime but was advised by doctors to call time on his career at the age of 34 because of injuries.

Such was his dedication to the club that he even postponed his wedding to play for Pirates in a tricky CAF Champions League match against Esperance.

Pirates will want to forget the recently ended season in a hurry after they finished the campaign outside of the top eight for the first time since the Premier Soccer League’s inception in 1996.

As if that was not enough‚ the limping Bucs were handed a humiliating 4-1 thumping by regular tormentors SuperSport United in the final of the Nedbank Cup final at the Moses Mabhida Stadium last month.

The younger Sangweni’s arrival is perhaps an attempt to remedy the ills of last season.