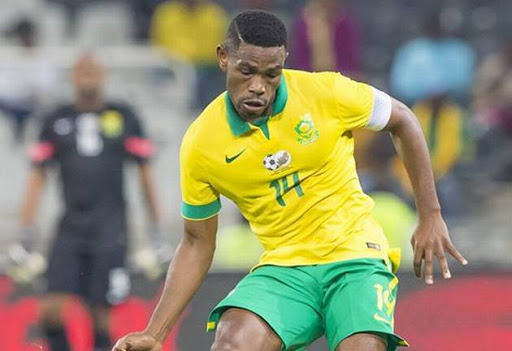 The stage is set for a tight three-way battle for the PSL Footballer of the Season award in a race that has been described as the closest in many years.

‘‘There is always a clear winner normally but this season it is by far the closest when it comes to the numbers.

‘‘The margin between the third guy and the first guy is literary none-existent when it comes to the numbers.”

The three players were all outstanding throughout the season but Manyama appears to have a slight edge over Hlatshwayo and Kekana.

‘‘I have to be confident that I will win the award but at the same time I have to be humble and also respect the two gentlemen here‚” Manyama said.

‘‘It is good to hear such things (those who say he is the favourite) but I have to be humble and wait (for confirmation).

‘‘Like Hlompho said‚ to be here is the correct moment and it is something I will never forget. We will just have to wait and see what happens on the night.

Only the 16 PSL coaches nominate the candidates for the Footballer of the Season award and they are not allowed choose players from their own clubs.

Manyama leads the overall nominations for the awards and has been acknowledged in other categories.

Besides finishing as the league’s top goal scorer after finding the back of the net 13 times‚ he has also been nominated in the Absa Premiership Player's Player of the Season and the Telkom Knockout Player of the Tournament categories.

The PSL Awards function will be held at the Sandton Convention Centre on Monday‚ July 10.