Highlands Park want immediate promotion back to the PSL 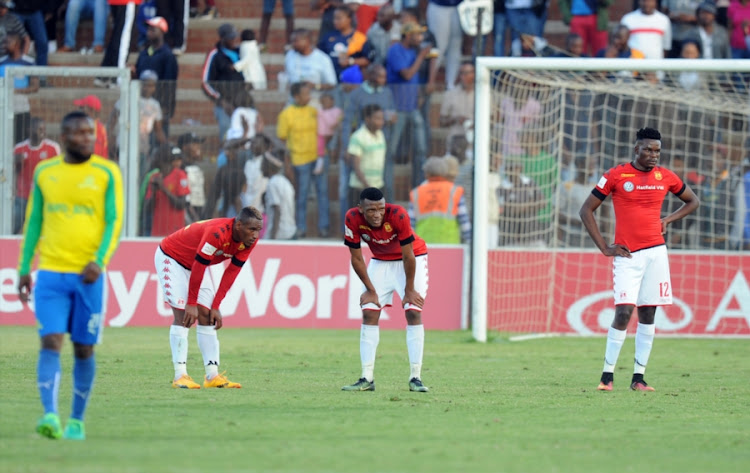 While Surprise Moriri is considering retirement and four other players having been released by Highlands Park‚ the club are keeping the bulk of their squad in a bid for an immediate return to the top flight.

The relegated side have appointed Thierry Mulonzo‚ who had a previous spell in charge of Platinum Stars‚ to take charge for the coming season with Les Grobler as his assistant.

Mulonzo says it is full steam ahead for the next National First Division campaign.

The club returns to pre-season training next Monday after a lengthy break following their last place finish in the Premier Soccer League season.

Their maiden campaign in the top flight proved a slog for the Tembisa-based outfit with Allan Freese losing his job early on after a string of poor results.

Freese's replacement‚ Gordon Igesund‚ was unable to turn around their fortunes and Mulonzo and Grobler ended the season in co-charge.

“We are determined to get right back up and so we are keeping a strong squad for next season‚" Mulonzo said.

"If players get a chance to go elsewhere on better deals we will not stand in their way but we are going all out to win promotion again."

Franklin Cale had an offer to go to Cyprus on trial but has decided to stay.

There has been interest in a handful of other Highlands players‚ but without any concrete offers yet.