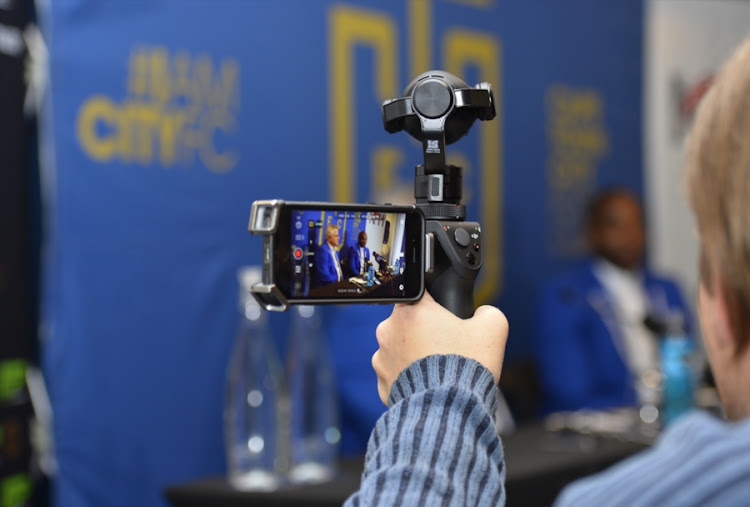 The Urban Warriors know Bailey not just through the jibes City throw at them but because the 27-year-old used to call Ajax home for three years before joining the Citizens.

“I was at Ajax before I joined Cape Town City‚” said Bailey before laughing‚ as banter between these two clubs are constant features on Twitter.

“I was their media guy. My relationship with the Cape Town City owner‚ John Comitis started there.

"I jumped at the opportunity when he asked me to come on board. I was attracted by their philosophy of doing things differently.

"This is a hip club that doesn’t follow trends but sets them.”

City’s motto of doing things differently drove the club to buck the trend of recycling coaches by appointing a novice in Benni McCarthy.

The Bafana Bafana legend is managing his first club after short stints in Scotland and Belgium as an assistant coach.

Hlanti bracing for a bruising battle with Bafana rival Langerman

Sifiso Hlanti will continue to work on his game to try to unseat Tebogo Langerman in the Bafana Bafana left-back position‚ the defender has said.
Sport
4 years ago

But his presence will boost the club’s brand as McCarthy’s appeal reaches Europe. The drive to do things differently is clear evidence on City’s Twitter account timeline.

“I think that there has been a lack of being out there by many clubs in how they communicate on social media‚” Bailey said.

“There are some clubs that don’t inform or engage with their fans enough on social media.

"We’ve had a number of fans who have told us that they wished their clubs engaged with them like we do.

"Those things touch us because it shows that we are making an impact in a short space of time. We hope that that’s going to win us some more fans.

"We are doing something different that hasn’t been done in Cape Town and South Africa. That shows that we are on the right track.”

In just over a year‚ City have managed to accumulate just close to 20 000 followers on Twitter.

But those accounts have been in existence for a long time.

Congrats to our Captain @Lebza08Manyama and these distinguished players for their nominations. Going to be an exciting awards!#iamCityFC pic.twitter.com/i8fFLaYR4R

They’ve also produced a short documentary on the club’s rise that saw them win the Telkom Knockout‚ finish third in the league and qualify for the Caf Confederation Cup in their first season.

First day back at training! The boys are looking SHARP.#iamCityFC
💙💙💙 pic.twitter.com/x76ryz3Z6r

The Citizens have rubbed that success in the face of their rivals Ajax who struggled this season and ended up finishing outside the top eight.

“There is nothing malicious in what we do‚” Bailey said.

“We never go out to disrespect anyone. Anything that we do is done playfully.”

Bailey’s media background has helped him balance the job of entertaining and informing on social media.

The 27-year-old‚ who turns 28 on Friday‚ obtained his Journalism qualifications from Damelin in 2013.