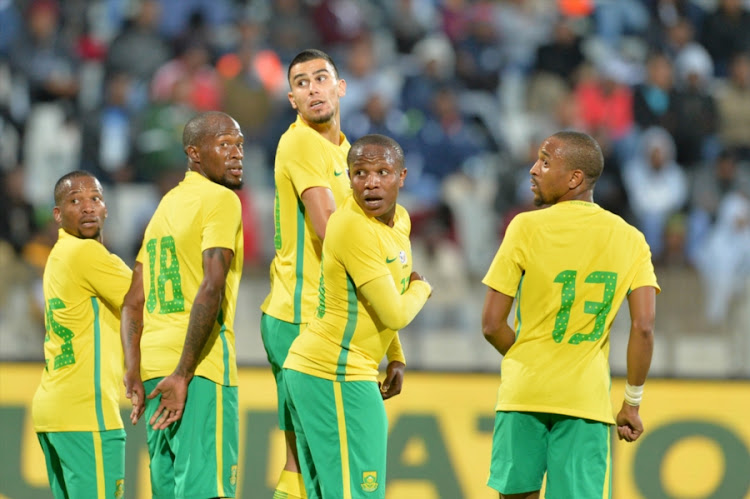 On Friday‚ as a youthful South African side line up to play Namibia in the Cosafa Castle Cup at Moruleng Stadium‚ it will be 25 years to the day since the country’s first international - a 1-0 win over Cameroon in Durban that marked the end of isolation and the start of an exciting chapter for the country’s most popular sport.

It was on July 7‚1992 that the first ever Bafana side walked out at King’s Park Rugby Stadium in Durban wearing the country’s new gold white and black stripped strip – but in those days still without a flag and anthem.

It was the release of future South African president Nelson Mandela that precipitated the return of the country to the international arena‚ two years before the political structure were overhauled.

Bidvest Wits have signalled their intentions of defending their league title after the Premier Soccer League champions strengthened their squad with ...
Sport
4 years ago

Football was among the first sports to be banned because of the country’s Apartheid policies but once Mandela had been released‚ and the transformation process got underway‚ the reintegration of South Africa into the FIFA fold went quickly.

At the 48th FIFA Congress in Zurich‚ South Africa’s membership was restored and within days the country had entered the rigours of international competition‚ playing a three-match celebratory series against Cameroon.

The ‘Indomitable Lions’ of Cameroon had just two years previously earlier captured the imagination of football fans worldwide by becoming the first African side to reach the quarterfinals of the 1990 World Cup in Italy.

Stuart Baxter will look to mix and match when he decides on his team for Friday’s plate final at the Cosafa Castle Cup as his make-shift Bafana side ...
Sport
4 years ago

The opening game was on a cold and chilly night‚ rare for the tropical climes of Durban in front of a disappointing turn out at the King’s Park Rugby Stadium for a match millions of South African football fans had supposedly been waiting to see for decades.

A strike by journalists at the SABC meant there was no television coverage.

The national anthems were played‚ but instead of the Apartheid era anthem of the time‚ Die Stem‚ the popular traditional worker's song Shosholoza blared out of the PA system.

The game was no classic with the South African players trying far too many tricks and the Cameroonians getting visibly irritated and throwing their physical presence around.

The wet surface did not help either.

Chances were few and it was the referee from Botswana‚ Jelas Masole‚ who proved the difference in the end.

He handed South Africa a late penalty‚ as if a welcome back gift from the world footballing community‚ which Doctor Khumalo tucked away.

Stuart Baxter became the 25th dismissal in 25 years of Bafana Bafana football on Tuesday when he was sent off from the bench during the 2-0 win over ...
Sport
4 years ago

“When the ball hit the back of the net the stadium went wild and I celebrated more of out relief than anything else‚" Khumalo recalled.

"Even after the game‚ it was just another penalty scored and I was relieved that I had not missed!

“But then the next day or the day afterwards someone said to me‚ 'man‚ what does it feel like to make history' and it was only then that I really thought about it and the significance of that goal to South Africa and to me.”