What happened to the 12 men who played for Bafana in that first game 25 years ago? 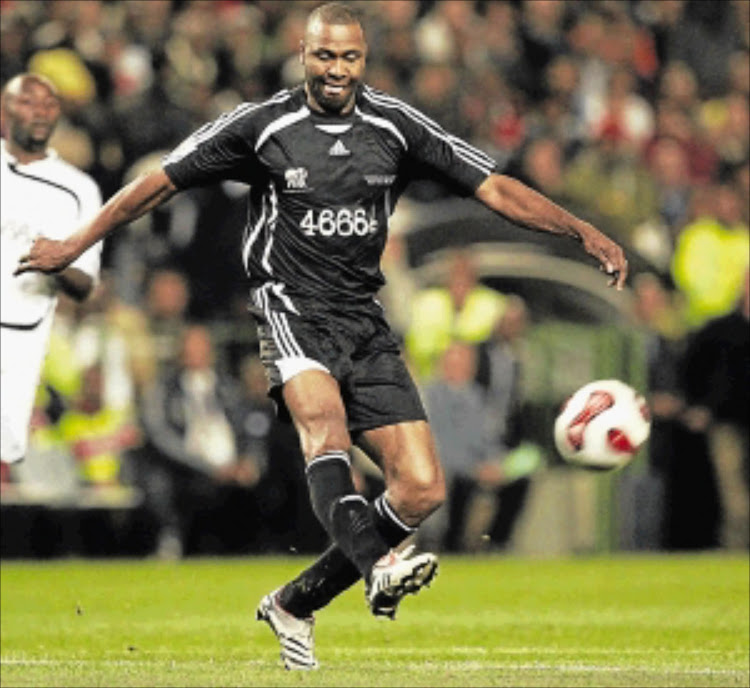 MARK ANDERSON: Footballer of the Year in 1986 with Mamelodi Sundowns‚ who went on to earn seven caps.

Stuart Baxter will look to mix and match when he decides on his team for Friday’s plate final at the Cosafa Castle Cup as his make-shift Bafana side ...
Sport
4 years ago

“Lesilo” was a youth coach at Ajax Cape Town but now runs a successful plumbing business.

DAVID NYATHI: Was a regular squad member for six years who played a season in Italy’s Serie A with newly-promoted Cagliari as well as in Spain with Tenerife St Gallen in Switzerland.

Played in South Africa for Kaizer Chiefs‚ Orlando Pirates‚ Dangerous Darkies and Cape Town Spurs‚ where he won league and cup double in 1995.

He was an Ajax youth coach and later assistant to Muhsin Ertugral and last worked as an academy coach.

Stuart Baxter became the 25th dismissal in 25 years of Bafana Bafana football on Tuesday when he was sent off from the bench during the 2-0 win over ...
Sport
4 years ago

Bought by Leeds United for 250 000 British pounds from Kaizer Chiefs and went on to earn a testimonial at Elland Road after more than a decade of service.

Now has a lucrative career as a corporate ambassador and product endorser while also recently helping SAFA make a decision on a new coach.

STEVE KOMPHELA: A school teacher from Kroonstad‚ playing at QwaQwa Stars who Jeff Butler pulled from obscurity and into the national team.

Bruce Bvuma was inspired to take football seriously by a man he now calls a teammate.
Sport
4 years ago

He went on to captain the country and played every minute of every one of South Africa’s first 22 internationals.

Moved briefly to Kaizer Chief and sold to Turkey in 1994 where he spent three seasons‚ staying after his career to work as a TV talk show in Turkish.

Returned home to coach at various clubs and serve as Bafana assistant and under-23 coach. Starting his third season now in charge of Chiefs.

SAM KAMBULE: Held the record number of matches played in South African league and cup competition before it was overtaken.

Started his career at Pretoria Callies but spent most of his playing days at Sundowns and won all of the domestic titles with Sundowns.

Bidvest Wits have signalled their intentions of defending their league title after the Premier Soccer League champions strengthened their squad with ...
Sport
4 years ago

Scorer of South Africa’s first ever competitive goal against Zimbabwe in 1992. Nicknamed ‘Ewee’‚ he was famous for his long throw-ins. Died aged only 41 in November 2006.

ZANE MOOSA: Taken off after 51 minutes of the first match‚ he was never able to hold down a regular Bafana spot despite his prodigious skill and won just five caps.

He started his career at Wits University before a record transfer move to Sundowns.

Also spent a season in Greece at Ionikos and played briefly in Saudi Arabia. Worked as TV analyst with SuperSport but was dismissed last year.

'We don’t want to be a club who sign players because they are free,' Pitso Mosimane

Mamelodi Sundowns have been met with ‘Not for Sale’ signs on players they are interested in buying‚ and one R30 million price tag‚ Brazilians coach ...
Sport
4 years ago

AUGUST MAKALAKALANE: He was the first major export by South African football to Europe after end of apartheid isolation‚ spending several seasons at FC Zurich (Switzerland) and their nursery club FC Baden.

His first club was Jomo Cosmos‚ where he was the leading goal scorer in 1989.

Returned to help Sundowns with the league and cup double in 1998 and ended his career at Wits. Later coach of SA women’s team Banyana Banyana and now a SAFA instructor.

DONALD KHUSE: One of the new players to play for all three major South African clubs.

Started his career at Orlando Pirates‚ then moved to Sundowns and Kaizer Chiefs‚ before spending four years at Turkish club Genclerbirligi.

Serero happy to be in action with new Dutch club

Thulani Serero is delighted to be back on the pitch, even if just for a training game as pre-season preparations with his new Dutch club Vitesse ...
Sport
4 years ago

Won the last of 16 caps just before the 1996 African Nations Cup finals and so missed out on the famous winning exploits.

Has twice served as Chiefs’ caretaker coach and is now a scout for the academy.

NEIL TOVEY: First Bafana player to get to 50 caps and captain of the 96 African Nations Cup-winning team.

Started with Durban City‚ then AmaZulu before winning numerous league and cup titles with Chiefs.

He was a hard-tackling midfielder before converting to defensive sweeper.

He later coached Mamelodi Sundowns to league success in 2007 and also worked at Hellenic and AmaZulu. Now the technical director of SAFA.

The depth of South African football got a positive airing on Tuesday as a rag-tag side‚ literally thrown together from available stock‚ overcame ...
Sport
4 years ago

DOCTOR KHUMALO: Just turned 50‚ which is the same number of caps he won for Bafana.

The ‘crown prince’ of South African soccer‚ known for his uncanny skill on the ball‚ and scorer of Bafana’s first international goal in the first game.

His whole career locally was at Chiefs‚ where his father Elkiam “Pro” Khumalo was a founder member‚ and he also had two seasons with Columbus Crew in the MLS and a brief spell in Argentina with FerroCarril Oeste.

No longer coaches at Chiefs but remains within the club structures as a scout.

FANI MADIDA: Spent six years in Turkey where he won cup honours with Besiktas and played in European club competition after first bursting onto the South African football scene in the late 80s with Chiefs and Giant Blackpool.

Can SuperSport emulate Pirates in the Confed Cup?

In the periods that SuperSport United and Mamelodi Sundowns have dominated the PSL‚ the domestic competition became known as the Pretoria Soccer ...
Sport
4 years ago

Later in his career he finished in the Cape with Seven Stars‚ Ajax Cape Town and Hellenic and now works as an analyst with both SABC television as well as radio stations.

PHIL MASINGA: Scored the goal that beat Congo to qualify Bafana for the 1998 World Cup finals in France.

Started his career at Cosmos before moving to Sundowns and then went overseas to Leeds with Radebe before playing at St Gallen and then in Italy with Bari and Salernitana.

Nations Cup winner in 1996 and runner-up in 1998 who lives in Klerksdorp‚ often playing for legends teams and making corporate appearances.