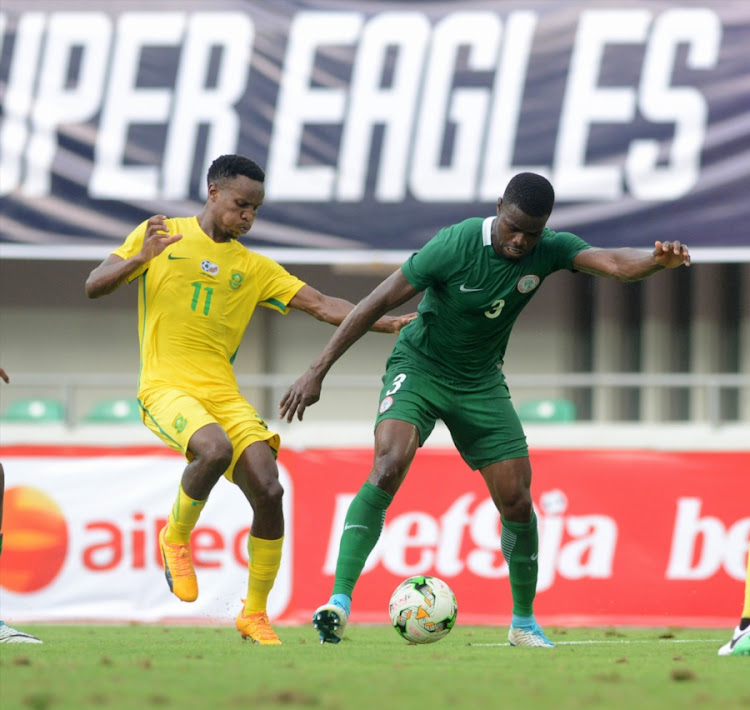 Once Clive Barker’s assessment of Themba Zwane when the winger was at Mpumalanga Black Aces as the best midfielder the 1996 Africa Cup of Nations-winning coach had seen since Doctor Khumalo might have seemed a little far-fetched.

In the past six months‚ though‚ far less so.

It was Keagan Dolly’s departure to Montpellier in France in January that saw the skillful Zwane finally‚ at 27‚ begin to realise his immense potential.

In a breakthrough season‚ Zwane made six league appearances in the ‘16’ of 2016-17‚ two as a substitute – then in the ‘17’ never looked back‚ with 20 games‚ just one as a sub‚ notching an impressive eight goals.

Sundowns have dispelled the ‘back door’ myth‚ says Pitso Mosimane

Mamelodi Sundowns have confirmed their integrity and dispelled last year’s “back door” accusations qualifying for the Caf Champions League ...
Sport
4 years ago

What it all seems to add up to is that‚ with defending champions Downs past the Caf Champions League group stages again‚ and Bafana facing World Cup qualifiers‚ if last season was big for Dolly this one could be on a similar scale for Zwane.

“It’s quite a transformation‚” Zwane admitted this week‚ pointing to the role played by his former Downs team-mate‚ Surprise Moriri.

“All I can say is thanks to Surprise. He was the player here who always motivated me.

“And then‚ ja‚ I was ready. I had done extra training. And when those chances started coming I did grab them.

Stuart Baxter has gained information in the Cosafa Cup that can stand the Bafana Bafana coach in good stead for future selections‚ he said after ...
Sport
4 years ago

“Surprise played a big role. Even now he assesses my games. He calls me afterwards to tell me where I need to improve.

“This can be a good year for me. As long as I become consistent‚ work hard and score goals.”

Zwane capped the season with a starring role in Bafana’s first-ever competitive win against Nigeria in Uyo‚ 2-0 in a 2019 Africa Cup of Nations qualifier last month.

Though it was also one tainted by the winger nicknamed ‘Mshishi’ being desperately unfortunate to hit the woodwork twice.

“I thought I played well. I was very disappointed that I didn’t convert those two chances‚” he said.

“But the coach (new Bafana boss Stuart Baxter) told me that‚ ‘It happens. You might get chances in the next game‚ and try to convert them’.

A deflected shot from Mohau Mokate was enough to hand South Africa fifth place at the Cosafa Castle Cup on Friday as a tired-looking team edged 1-0 ...
Sport
4 years ago

“It was very unlucky. Especially with the first one. I don’t know what happened because there was no-one in the goalposts.

“I tried to toe-poke it. But that’s what happened.”

The Brazilians qualified for this year’s quarterfinals with Saturday’s 1-0 win against Saint George in Ethiopia‚ with Sunday's game against AS Vita Club at Lucas Moripe Stadium to spare.

Sundowns started this year’s group stages looking jaded‚ with a home draw against St George and defeat Esperance de Tunis coming on either side of an away win against AS Vita.

Next season going to be much better for Chiefs coach Komphela, says Dladla

Former Kaizer Chiefs winger Josta Dladla believes that the signs were their last season that Steve Komphela had earned the trust of his players‚ and ...
Sport
4 years ago

Next week's Cosafa Cup - facts‚ format‚ favourites and everything else

South Africa host the Cosafa Castle Cup for the second time in three years‚ with the event kicking off at the Moruleng Stadium on Sunday.
Sport
4 years ago

It seemed there was a mental hurdle – so soon after a tough league race where Downs were pipped by Bidvest Wits – for the players lift themselves past to face yet another lack of an off-season‚ and yet another grueling trek through Africa.

“It was difficult. But we have a good technical team. They tried to manage us and give us as much time off as they could‚” Zwane said.

“And we were really fresh for the games because of that.”

Africa watch out – Downs are coming again‚ and a flourishing Zwane is hungry to be a greater part of it.