Mandla Masango's career between a rock and a hard place 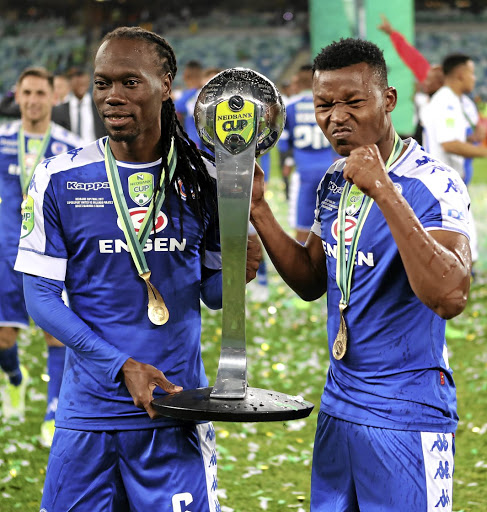 Mandla Masango’s future looks decidedly cloudy just days before the start of the new season in Denmark and any chance of him returning to SuperSport United having been ruled out.

Masango has a year left on his contract with Danish club Randers FC but made it clear at the start of last season already he did not want to stay there.

After an impressive first season in Denmark‚ Masango felt he should leave for better pastures and dug in his heels at the club by refusing to play.

But‚ despite all the hype around the South African international‚ offers for Masango did not materialise and the club‚ not willing to let him go for free instead did a six-month deal in January for him to go on loan to SuperSport.

The South African club initially said they would seek to buy Masango‚ who turns 28 next week‚ but have now decided against it – a situation that means the speedy winger is now in limbo.

He did go back to Denmark at the start of last week to join up with Randers' pre-season training but their technical director Michael Gravgaard said it was unlikely Masango would play for them this season‚ such has the relationship deteriorated.

“I’m not going to hide our hope that another South African club can help him fulfill his dream of going home because that is what he wants‚” Gravgaard told reporters.

Nedbank has renewed its sponsorship of the Nedbank Cup for another five years.
Sport
4 years ago

“I can’t see him getting any more action in a Randers shirt.”

“According to his contract‚ we are‚ of course‚ obliged to offer him the training he is entitled to‚ just as he is obliged to attend it.

"Right now we have not taken a position on what we do‚ but I do not immediately think his situation is much different than when he left half a year ago‚” added Randers coach Olafur Kristjansson.

In his first season at Randers‚ where he went after being released by Kaizer Chiefs‚ Masango quickly became a fan favourite with seven goals in 32 matches.

But his subsequent fall out with Randers‚ which the club blamed on his Australia agent Buddy Farah‚ means he is now a far from popular figure at the club‚ whose own website has not even mentioned him since his loan at SuperSport ended.