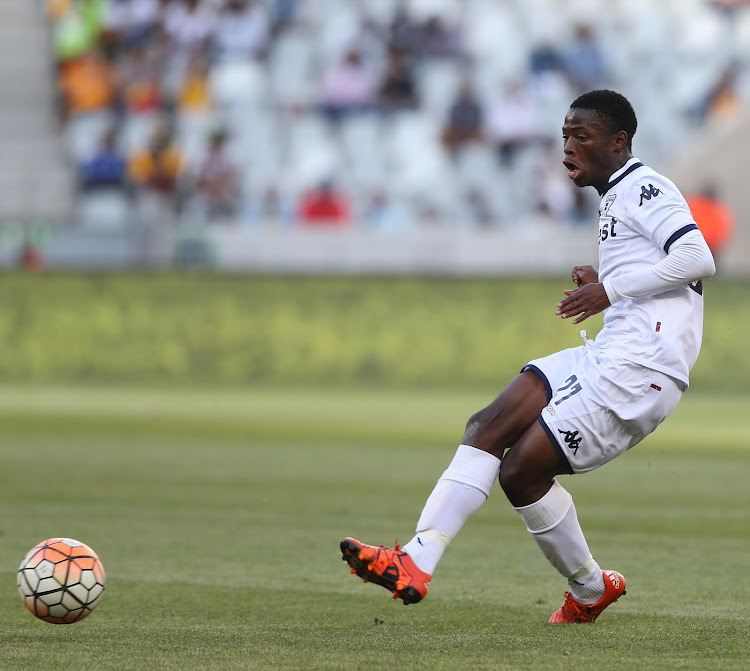 Hunt said Mahlambi‚ the 19-year-old dribbling speedster who has scored 10 goals in 27 league matches in two injury-plagued seasons for Wits‚ would spend three weeks in Portugal.

The coach of the 2016-17 league champions could not specify which club or clubs Mahlambi‚ who won the PSL’s Young Player of the Season award at the prizegiving at Sandton Convention Centre on Monday night‚ would have trials at.

“He’s going overseas this week – we’re sending him to Portugal‚” Hunt – the PSL’s Coach of the Season – said.

“And we’ll have a look at him there – let him train there for a few weeks. He’s got about a three-week trial before the start of the season‚ and hopefully‚ please God‚ he makes it.”

Wits CEO Jose Ferreira confirmed Mahlambi would go on trial in Portugal‚ but did not want to disclose the name of a club.

Mahlambi has attracted interest from clubs in Germany and Portugal previously.

Wits have signed Daylon Claasen‚ Steven Pienaar and Bokang Tlhone and defender Slavko Damjanovic of Montenegro so far in the off-season.

Hunt said the club will make a few more announcements this week.

“Ja‚ ja. One or two more. Those will come this week‚” the coach said.

Wits captain Thulani Hlatshwayo won the PSL’s Defender of the Season award to complete a hat-trick for the league and MTN8 champions.