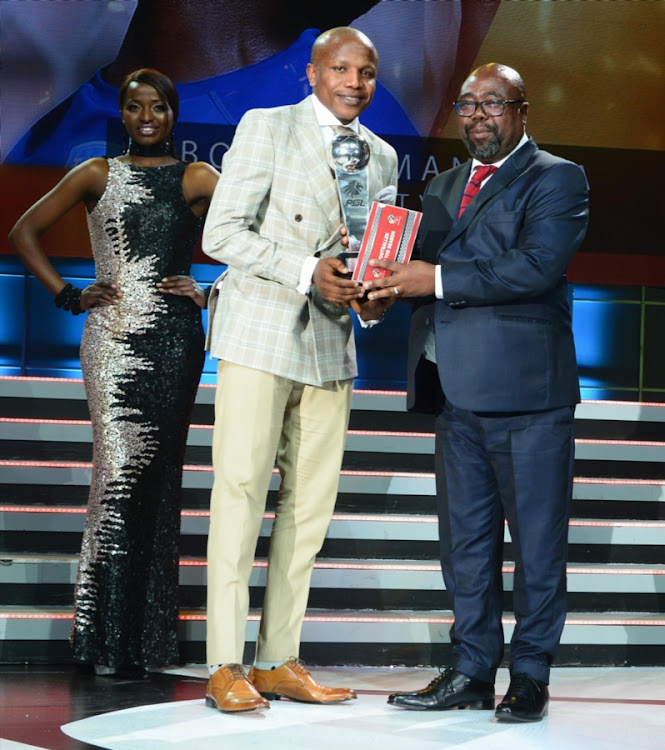 The Premier Soccer League’s newly-crowned Player and Player’s Player of the Season Lebogang Manyama maintains that talk of a transfer from Cape Town City to Mamelodi Sundowns is simply speculation.

Manyama‚ who also won the PSL’s top goal-scorer award for his 13 goals in 2016-17 for City at the ceremony at Sandton Convention Centre on Monday night‚ said he was honoured to be linked to Downs.

It was at a PSL coach and player of the month handover in March – won by Mosimane and Manyama – that the Sundowns coach was asked if he would like to acquire the player sitting next to him.

The Lebogang Manyama fairytale continued on Monday night after the Cape Town City captain walked away with three accolades at the Premier Soccer ...
Sport
5 years ago

Mosimane responded naturally ‘yes’‚ and since then Manyama has been linked to Downs.

The Downs coach last week cooled talk of Sundowns splashing out big money in the current off-season‚ saying that any clubs the African champions have approached for players have either put up ‘not for sale’ signs‚ or asked for outlandish sums of money.

Asked about Mosimane’s interest‚ Manyama‚ the PSL’s biggest awards winner on Monday‚ said: “Obviously it’s a huge honour to hear him say that. I mean‚ he’s the number one coach in Africa‚ not doubt about that‚ for the number one team in Africa.

“But look‚ it’s football. When you do well … I’ve had this before at Ajax when I was doing well and then there was Chiefs‚ there was Pirates‚ there was this and that.

“When it’s all speculations‚ it’s OK‚ it doesn’t bother me. And I think up until there is a confirmation from both teams as to what’s happening with my future‚ for now everything is a speculation.”

Downs splashed out a reported R10 million to sign Sibusiso Vilakazi from Bidvest Wits in the pre-season to 2016-17.

They may not be willing to in that region again so soon for Manyama.