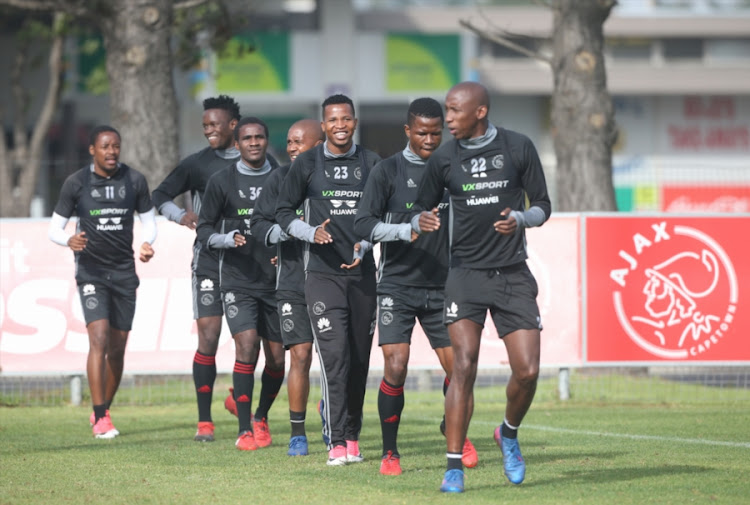 Ajax Cape Town have laid out their pre-season plans‚ which include a tour of Gauteng later this month.

The Urban Warriors are in full-swing with their preparations ahead of the new 2017/18 Premier Soccer League season‚ which will feature a slow start for them after they failed to qualify for the MTN8.

They will play their first game on Sunday against champions BidVest Wits at their Ikamva home‚ two days after The Clever Boys clash with Cape Town City in Stellenbosch.

Ajax Cape Town are facing a crisis at centre-back this season with Rivaldo Coetzee agitating for a move away following the news that Lawrence Lartey ...
Sport
5 years ago

Ajax will then head north for a clash with SuperSport United at Atteridgeville on July 24‚ before meeting Maritzburg United two days later‚ though the venue for that game is still to be decided.

The Urban Warriors will spend the week in Gauteng and on July 28 take on National First Division side University of Pretoria at Tuks Stadium.

The matches will be a good test for the technical team‚ which now includes assistant Boebie Solomons alongside head coach Stanley Menzo‚ with Mich d’Avray having moved into a Head of Football role.

The squad has been boosted by the return from long-term injury of striker Tashreeq Morris‚ though defender Rheece Evans is a doubt for the start of the season after having surgery on a hernia.

The Premier Soccer League’s newly-crowned Player and Player’s Player of the Season Lebogang Manyama maintains that talk of a transfer from Cape Town ...
Sport
5 years ago

Rivaldo Coetzee's future remains in doubt having stayed away from pre-season training so far as he looks to exit the club.

Since the end of last season‚ the club have lost Nathan Paulse‚ Lebohang Mokoena‚ Aubrey Funga‚ Lawrence Lartey and Abel Mabaso‚ who have all been released.

Their two signings to date have been centre-back Isaac Nhlapo from Platinum Stars and last season’s NFD top-scorer Sedwyn George from Royal Eagles.