Baxter expects Zebras to give SA a 'bruising'game 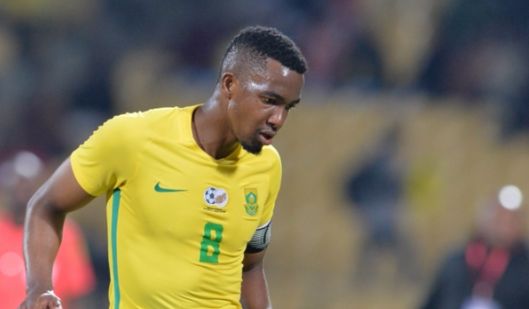 Stuart Baxter expects similar treatment from Botswana in tomorrow's African Nations Championship away qualifier to what Bafana Bafana experienced in the Cosafa Cup earlier this month.

South Africa beat Botswana 2-0 in a Cosafa plate semifinal in Moruleng last month in a match that was marked by physical horseplay from the Zebras, and Baxter was red-carded for swearing at the fourth official.

Briton Baxter, though, expects Botswana to be physical again in Francistown, 400km north of Gaborone, the capital.

"It was a very physical game. I think they got a lot of stick [at home] not because they lost to us, but because of the way they played.

"People in Botswana don't want them to play that way," Baxter said yesterday.

"From all reports, the coach who has taken over is not different in his approach. So, I'm expecting a bit of a bruising game.

"So, yeah, I think it will be a tough game. But we have experience of them, and we know that if we play well we know we can get a result to bring back here.

Lehlogonolo Masalesa has been withdrawn due to CAF's eligibility rules.