Cash in on a nice Brazilian banker 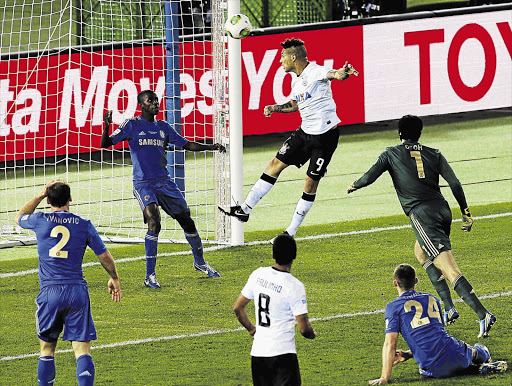 Brazil's Corinthians are a legendary football team in the giant South American country, more than 100 years old now and with a long list of achievements, including being the first winners of the Club World Cup.

This season the team from Sao Paulo are back to their imperious best with an unbeaten run that has seen them open up a commanding lead as the clubs approach the halfway mark of the Serie A.

After their midweek win away at Palmeiras, they are 12 points clear of second-placed Santos after 11 wins in 13 matches with the other two drawn.

Next up is a home match tomorrow night against Atletico Parananense, who sit 20 points adrift of them in the bottom half of the standings. They are not exactly seen as a threat to Corinthians' unbeaten run, but it is exactly this kind of match that often trips up teams.

Corinthians are certainly a strong banker bet for those playing Soccer 6 tomorrow, but there is also the temptation to put a little side wager on an upset. It is worth considering given Corinthians have won just twice in Atletico's last five visits. The game is M6 in the pool.

This weekend's featured Soccer 6 pool also offers games from leagues across Scandinavia, notably Denmark, where the season is just kicking off. See previews below.

M1 Sogndal v Rosenborg: Sogndal have lost eight of their last 10 meetings with Rosenborg and drawn the other two. Rosenborg are the Norwegian titleholders and were playing in the early rounds of the Champions League earlier this week.

M2 FC Copenhagen v Aalborg: Reigning Danish champions Copenhagen are unbeaten in their last seven meetings with Aalborg. This is the opening weekend of football in the new Danish season.

M3 Lillestrom v Stabaek: Four of the last five meetings between these two Norwegian clubs have ended in away victories. Stabaek have a three-point advantage over Lillestrom.

M4 SonderjyskE v Randers: The past stats between these two Danish sides are freaky with 11 wins each and 11 draws in 33 previous meetings. The goal count is 46-42 in favour of Randers.

M5 Shakhtar Donetsk v Dynamo Kiev: The Super Cup in Ukraine marks the start of the new season. Last season, Shakhtar won three of their five meetings against Dynamo with one draw and one loss.