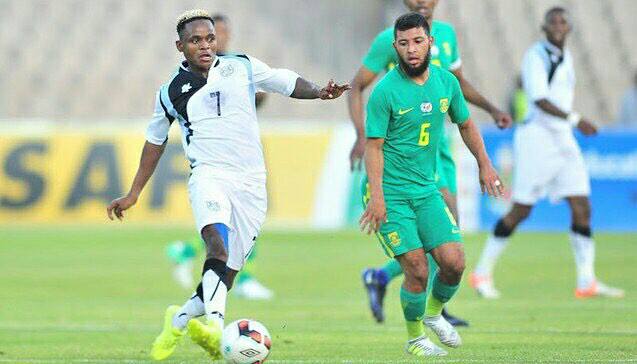 Bafana Bafana head coach Stuart Baxter has included three new caps in his starting XI to face Botswana in the first leg of their 2018 African Nations Championship qualifier in Francistown on Saturday.

Only four players featured in the 2-0 victory against the same Zebras in the Cosafa Castle Cup plate semifinal in Rustenburg on June 4 – Tercious Malepe‚ Mario Booysen‚ Mothobi Mvala and Riyaad Norodien.

Three players will make their debut – Ryan Moon of Kaizer Chiefs‚ Under-20 international Teboho Mokoena‚ and Sibusiso Khumalo‚ a late replacement for Lehlogonolo Masalesa who was withdrawn from the squad as he was not eligible to play.

South Africa and Botswana meet at the Francistown Stadium. Kickoff is at 3.30pm.

The second leg will be played at Moruleng Stadium next Saturday (July 22).