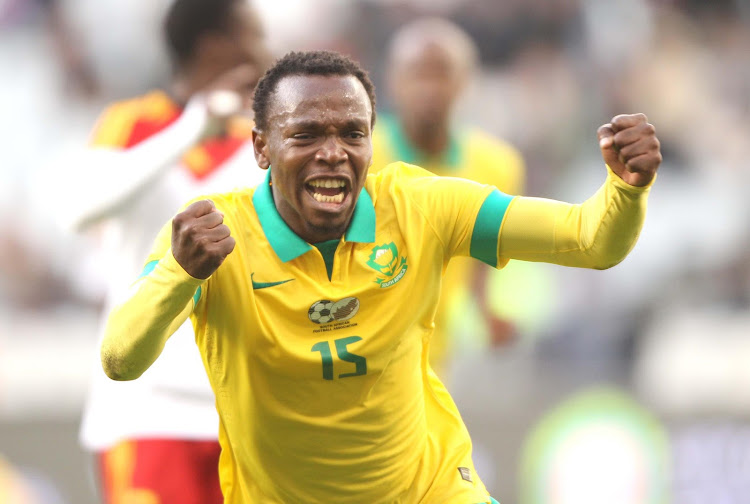 May Mahlangu has started his new season in Romania with a fine victory as a number of South Africans clicked into gear at the start of their new campaigns.

The Bafana Bafana midfielder is seeking to continue his fine form from last year for Dinamo Bucharest and made the perfect start as his side defeated Juventus Bucharest 3-0.

Mahlangu won rave reviews from across Romani for his performances last season and the 28-year-old is now a key player at Dinamo.

His showing follows the brace of goals scored by striker Dino Ndlovu for Azerbaijan club Qarabag in their 5-0 victory over Georgian side Samtredia last week.

Ndlovu battled to find the back of the net in the Premier Soccer League‚ but has now scored 17 goals in 28 starts for Qarabag.

Former Bafana left-back Ricardo Nunes also got his season under way in Poland for Pogoń Szczecin as they lost 2-1 to Wisla Krakow.

The Jacobs brothers in Scotland also got their seasons under way for their Championship sides with positive results in the country’s League Cup.

Former BidVest Wits midfielder Keaghan scored in the 1-1 draw with Partick Thistle‚ and then later scored the winning penalty in the shoot-out to claim the tie for his side.

Brother Kyle played for Queen of the South as they had a more routine 3-1 victory over Stenhousmuir.

Young fullback Kabelo Seriba missed out on playing for Latvian side Metta/LU after he picked up an injury the week before.