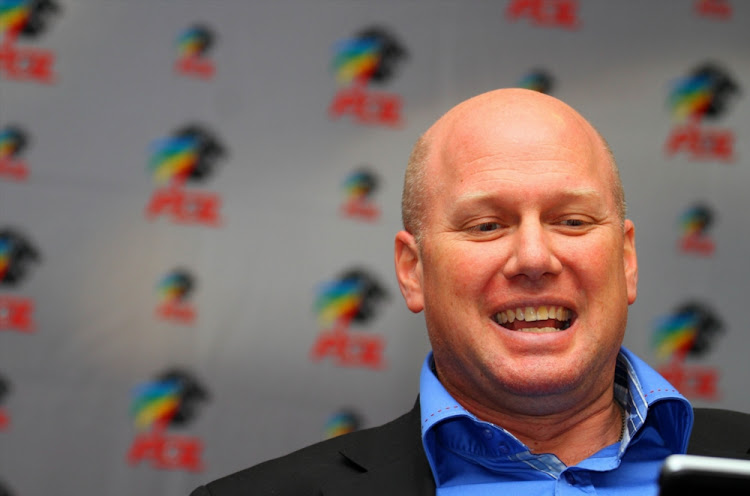 SuperSport United are considering relocating from Lucas Moripe Stadium to a more compact venue to make the most of the support they draw.

Matsatsantsa a Pitori and even their neighbours Mamelodi Sundowns struggle to fill the venue that sits close to 30 000 people even though they have been very successful.

The back-to-back Nedbank Cup champions‚ SuperSport‚ have it worse and this has prompted the club to look at other ideas of how to play in front of a packed stadium that has a buzzing atmosphere.

“We are in talks with the city council about taking over Caledonian Stadium and reviving it‚” SuperSport’s chief executive‚ Stanley Matthews said.

“We feel that it could be a viable solution for us‚ a 6000-7000 seater stadium‚ close to the city hub where people can walk to the game.

"There is a cosmopolitan crowd and we wouldn’t be far from our base in Atteridgeville‚ Laudium‚ Soshanguve‚ Mabopane‚ Ga-Rankuwa and other surrounding areas.

“We would still be close enough for those fans to support the team‚ plus we can attract a new cosmopolitan and African market that lives in the inner-city.

"That’s what we are pursuing at the moment. If that fails‚ we are going to sit down again and think about our location as a club… It’s a sensitive discussion.

"It’s not something that we are just going to leap into.

"We’ve turned down a number of offers to relocate that would have been financially good for the club but they would have taken us away from our existing and loyal crowd.

"If I had an extra 5000 supporters coming to watch our games‚ I would have extra money to buy one or two players. I don’t have that at the moment.

"If the fans are not speaking through the turnstiles‚ I can’t change the reality of where the club is. This is a delicate balance that all clubs face.”

This move is unlikely to happen during the 2017/18 campaign that starts next month.

SuperSport will continue to go on the numerous drives they embark on to bring fans to Lucas Moripe Stadium for the upcoming campaign.

“We’ve tried really hard in increasing the fan base and we’ve kind of accepted where we are now at around 5500-6000 level‚” Matthews said.

“That’s our level. To try and fill Lucas Moripe as a club‚ we won’t be able to do that. We don’t have the following. We’ve been at it over 15 years in and around Atteridgeville.

"And then suddenly the same stands with 5500 looks fantastic‚ there is a vibe and looks intimidating. It’s no coincident that Wits have picked up a lot of points at home.

"The stands are close to the pitch and it’s more intimidating. It’s not easy for teams to come and roll Wits over as‚ I felt it was the case when they played in Nelspruit.

"It wasn’t suitable for them. Now we find ourselves in the same position‚ playing in big stadiums that even with your respectable 5000-6000 fans‚ there isn’t the vibe that you are looking for.”