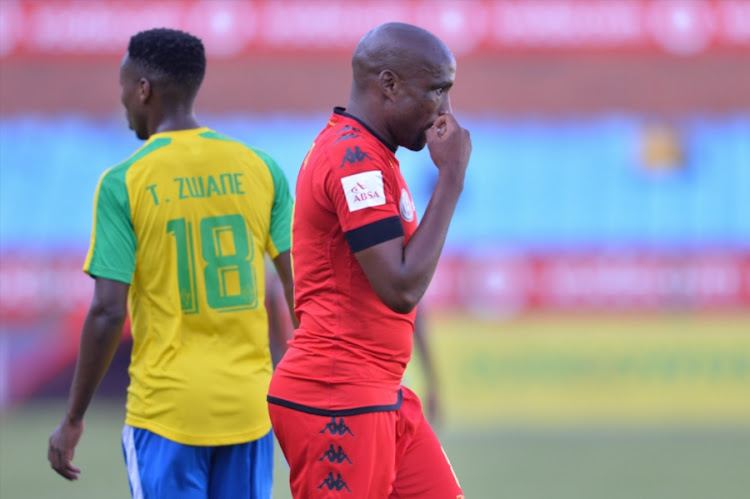 Well-placed sources have indicated that club president Patrice Motsepe has already told some staff members about Moriri’s imminent return to Chloorkop where he won four league titles and cups and numerous individual accolades as a player.

Some of Moriri’s highlights are 35 Bafana Bafana caps‚ which includes being part of the 2010 World Cup squad and he was unlucky to miss the 2009 Fifa Confederations Cup due to injury.

Negotiations between Moriri and Sundowns management are at an advanced stage and he is likely to start working later this week in a move that will kick-start his coaching career.

Once Clive Barker’s assessment of Themba Zwane when the winger was at Mpumalanga Black Aces as the best midfielder the 1996 Africa Cup of ...
Sport
4 years ago

Moriri declined to comment on his return to Chloorkop on Tuesday morning but said he has called time on his trophy-laden career to focus on coaching.

“I can confirm that I have retired from football as a player to focus on coaching‚" he said.

"It was not an easy decision to make because playing football has been a part of my life for many years.

"But it is time to move on and start a new chapter in my life‚ producing other Surprise Moriris out there.

"Last season‚ I started doing my coaching badges and managed to obtain a Caf B License and my focus going forward will be on helping younger players to fulfill their potential.

"It is something that I have thought long and hard about and I am looking forward to the challenge of becoming a coach.”

SuperSport United are considering relocating from Lucas Moripe Stadium to a more compact venue to make the most of the support they draw.
Sport
4 years ago

Motsepe has employed several former players as club scouts and development coaches after the end of their playing careers and Moriri will join Michael Manzini‚ Godfery Sapula and Esrom Nyandoro‚ among others.

“Unfortunately‚ I am not in a position to disclose which team I will be joining at this stage because negotiations are on-going but the club concerned will make an official announcement as soon as everything has been sorted out‚” he said.

During his heyday at Silver Stars‚ Sundowns and Highlands Park‚ Moriri was widely regarded as one of the best midfielders of his generation because of his football brain and his clinical first touch on the ball.

But he could not help them avoid relegation and they returned back to the National First Division (NFD) after just one season in the PSL.