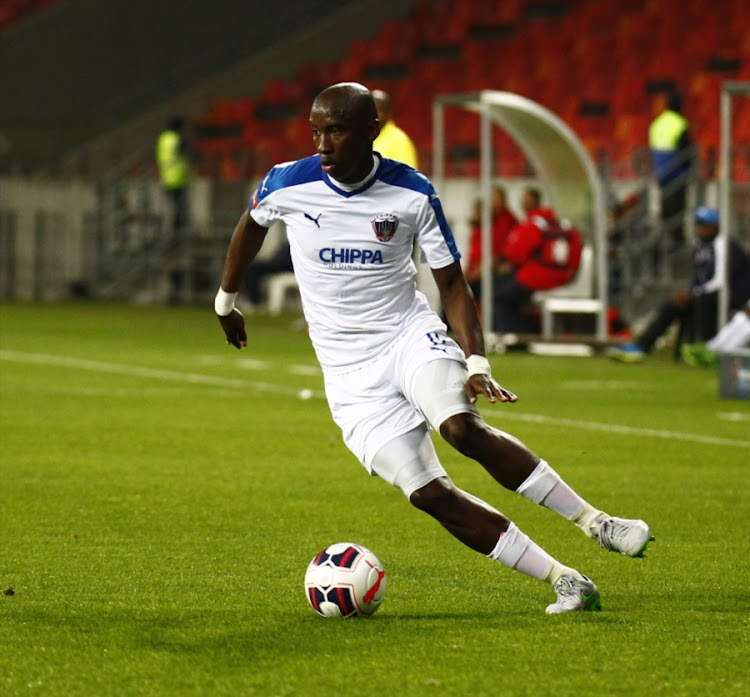 A file photo of Mark Mayambela during his first spell with Chippa United during the Absa Premiership match between Chippa United and SuperSport United at Nelson Mandela Bay Stadium on October 27, 2015 in Port Elizabeth, South Africa.
Image: Michael Sheehan/Gallo Images

Mayambela arrived from Ajax Cape Town‚ where he had a fine season in 2016/17‚ rekindling a career that had seemed on the skids.

It is a return to the Port Elizabeth club where he spent a successful six months in the 2015/16 campaign‚ before being lured for an ill-fated move to SuperSport United midway through‚ and months later was axed by the Tshwane side for what then coach Stuart Baxter termed a lack of professionalism.

Mark Mayambela is set to return to Chippa United in the next 24 hours‚ having verbally agreed a three-year deal with the Port Elizabeth club.
Sport
4 years ago

"Chippa United is a home to Mark Mayambela and when there was an opportunity to bring him back to the club‚ we did not hesitate‚" Chippa owner Siviwe Mpengesi said.

"We are delighted to have him back in Port Elizabeth to finish what he started. Chippa United will give him a platform to fulfill the potential he showed in his early years in the PSL.

"The club has grown since Mark left and we have different objectives now. We have no doubt that he will add value to the growth of the brand‚ on and off the field."

Mayambela is now coming off arguably the best season of his career after starring at Ajax‚ where he featured in 24 games and produced some eye-catching displays.

The 29-year-old is a product of the Old Mutual Academy in Cape Town and made his PSL debut for Bloemfontein Celtic in the 2007/08 season.

He spent two more years in the Free State‚ before joining Orlando Pirates in a move that never really worked out for him. He only made two league starts in three seasons with The Buccaneers.

There is still no end in sight to impasse between Ajax Cape Town and want-away defender Rivaldo Coetzee‚ leaving coach Stanley Menzo frustrated over ...
Sport
4 years ago

He later joined Mpumalanga Black Aces for the 2013/14 campaign‚ but left just months into the campaign after the club accused him and former winger Mkhanyiseli Siwahla allegedly arriving at training under the influence of alcohol.

Chippa gave him the chance to get his career back on track‚ and he took the opportunity before leaving for SuperSport in January 2016.