Baxter to rack up air miles to bolster Bafana 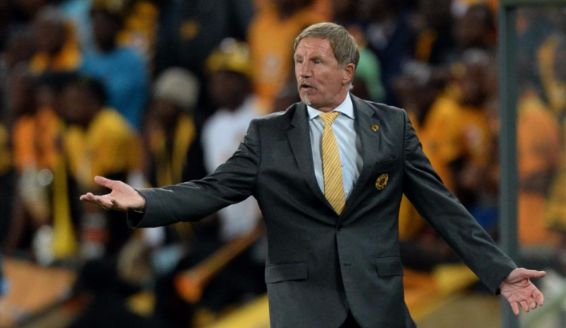 Stuart Baxter is heading overseas this week to talk to prospective Bafana Bafana internationals, as he looks at options to strengthen the team.

His primary mission will be in Italy, where he will meet Roodepoort-born Joel Untersee, who is back at Italian giants and Uefa Champions League runners-up Juventus after spending the past season on loan at Serie B outfit Brescia.

But he is also going to see players in Portugal and Norway, confirmed SA Football Association CEO Dennis Mumble yesterday.

Untersee, 23, has been named in Juventus' pre-season squad after making 39 appearances for Brescia last season.

He has represented Switzerland at every level of junior football but has not yet made a senior national team appearance. This means he can still play for South Africa.

As Untersee was born in Johannesburg, he is entitled to immediate South African citizenship and can, therefore, be eligible for Bafana.

But because he has played for the Swiss at junior level, he must first ask Fifa change his international availability. This is usually a simple process.

Untersee joined the Juventus youth academy in 2011 and has been part of the pre-season squads for the first team on a number of occasions, only to be loaned out.

He spent almost three seasons with FC Vaduz in the Swiss league and then at Brescia, with more than 100 senior team appearances across the two clubs.

Safa last year expressed its desire to cast its net wider in the hunt for fresh talent for the national team. That led to the call-up of Dutch-born Lars Veldwijk.

But Baxter has no plans as yet to try and persuade Andrew Surman, 30, to play for South Africa.

Born in Johannesburg, he is on the books of Bournemouth and is a former England Under-21 international.

Raymond Hack, when he was at Safa, previously visited Surman, who was then at Southampton, to persuade him to play for South Africa, but was turned down.

But as the only South African in the English Premier League who over the past two seasons has competed in 60 league games it would seem worthwhile checking whether he has not had a change of heart.