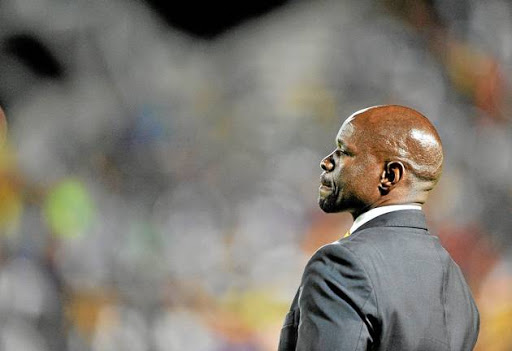 But that win was overshadowed by the death of two people in a stampede. Another fan was critically injured while 19 sustained injuries including a child.

“We send our deepest condolences to the souls that were lost this afternoon‚” Komphela said.

“We wish speedy recovery to those who were injured on behalf of Kaizer Chiefs – the players and management. May those families be given strength.

"May God almighty be with them and give them more strength to pass this period.”

This was the third Soweto Derby where lives were lost.

It also happened in Orkney in a friendly in 1991 where 42 people died and at Ellis Park Stadium in 2001‚ resulting in the death of 43 people.

On Saturday the match continued despite the deaths and the stampede. The number of ambulances were increased and all the gates were opened to ease the situations.

Oblivious of what was happening outside‚ Chiefs secured a morale-boosting victory over their rivals.

The highlight for Amakhosi was the brilliant runs that Paez and Parker made as they tormented the Buccaneers’ defence‚ putting in a solid argument that they can improve the club’s misfiring ways.

“We had been trying the pair. I thought they came through nicely‚” Komphela said.

“One has to also point at Parker’s almost perfect performance. He complemented Paez. It’s always nice to get two players getting to understand how they have to relate and play because Parker would see Paez early enough.

Before there were a couple of times where he would break the line‚ we wouldn’t see him early. But the game is the best teacher.

Every loss is no loss but a lesson. So the lessons we learned as we lost‚ was that this guy could benefit us this way. I thought that they did very well.

There’s also Ryan Moon who I think that given a chance to play central‚ he can give us something.”