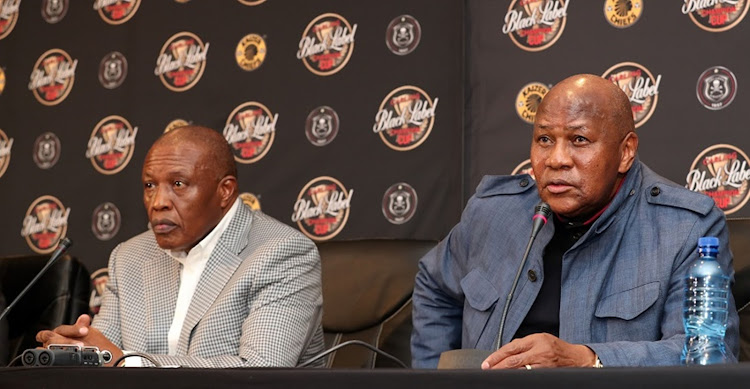 The decision to allow the friendly game between Orlando Pirates and Kaizer Chiefs to continue after a fatal stampede outside FNB Stadium on Saturday afternoon is proving to be one of the hardest questions to answer for the organisers of the pre-season match.

Pirates and Premier Soccer League (PSL) chairman Irvin Khoza admitted on Monday that this is a very difficult question to answer after two people died and several others were injured‚ one critically‚ during the sold out Carling Black Label Champion Cup encounter.

‘‘There are all these things which make it difficult to say how do to deal with this issue‚” Khoza said on Monday.

‘‘There is a moral issue that if ever somebody dies in your house where there was a 21st birthday‚ celebration or wedding‚ if somebody dies what happens?

Parliament's portfolio committee on sports says that a fatal accidents like the one that claimed two lives during a Soweto Derby match at the weekend ...
Sport
4 years ago

‘‘Can you go on with the wedding or party? That is another question.

‘‘So for us we are saying‚ before you can apportion blame to anybody‚ we want to establish the facts so that when we are able to answer we can answer accordingly.

‘‘Right now we are gathering the facts.”

Questions have continued to be asked about why the match was allowed to continue after the tragedy.

The game was played to its completion and the Chiefs fans and players celebrated after beating Pirates 1-0 through Bernard Parker’s lone strike‚ seemingly oblivious to the tragic scenes just a meters away from the pitch.

Khoza said ‘‘an independent person of unquestionable integrity” would be asked to investigate the circumstances that led to the stampede.

This person will investigate whether there were any safety and security-related shortcomings and he/she will be instructed to provide a full report to the PSL within 14 days.

A tragedy during the Soweto soccer derby between Kaizer Chiefs and Orlando Pirates at the FNB Stadium on Saturday in which two people were killed and ...
Sport
4 years ago

Khoza and his Chiefs counterpart Kaizer Motaung said on Monday they have written a letter to acting PSL CEO Mato Madlala requesting the league to investigate the matter.

The two soccer bosses said they will recuse themselves from the investigation.

“That the person concerned be instructed to obtain all the necessary reports of relevance‚ including from the South African Police Services‚ the stadium‚ the safety and security providers‚ the clubs and the sponsors‚ and to do so on an urgent basis‚” Khoza said.

‘‘That the person concerned be instructed to provide the full report to the (PSL) executive committee within 14 days to ensure that a proper assessment can be made as regards to the appropriate steps to be taken in relation to the matter.

‘‘In this regard both Dr Irvin Khoza and Mr Kaizer Motaung recuse ourselves from this process.

‘‘In our view the most appropriate person to conduct such an investigation should be an eminent senior counsel.

The stampede at FNB Stadium that led to the death of two people was allegedly caused by fans with fake tickets and those without any tickets who ...
Sport
4 years ago

‘‘As we have said both clubs undertake to do everything possible to assist in the investigations. We have no doubt the South African Police Services‚ the stadium and all the other role players will do the same."

This wasn’t the first time fans lost their lives during a match between Chiefs and Pirates.

Khoza pleaded for time to investigate the circumstances that led to Saturday's stampede.

Prince Chauke from Bungeni‚ in Limpopo‚ has been identified as one of the people who died at FNB Stadium.

Motaung said they would arrange a memorial service for the two fans in the coming days.

‘‘We are going to engage the families of the deceased from here on and we are also contemplating organising a memorial service as and when we get information of the other person who has not been disclosed to us as yet‚” Motaung said.

South African Breweries announced on Monday that they would contribute towards the funeral costs of the two fans.

They will also monitor the condition of the fan who is in a critical condition and assist where possible‚ the company said.

Gauteng Community Safety MEC Sizakele Nkosi-Malobane says he is confident law enforcement agencies will work around the clock to investigate the main ...
News
4 years ago

Two people died during a stampede outside this venue during the Carling Black Label Champion Cup between arch-rivals Kaizer Chiefs and Orlando ...
Sport
4 years ago

Despite the FNB Stadium being just over half-full at the time of kickoff for the Carling Black Label Champion Cup, Stadium Management chief executive ...
Sport
4 years ago