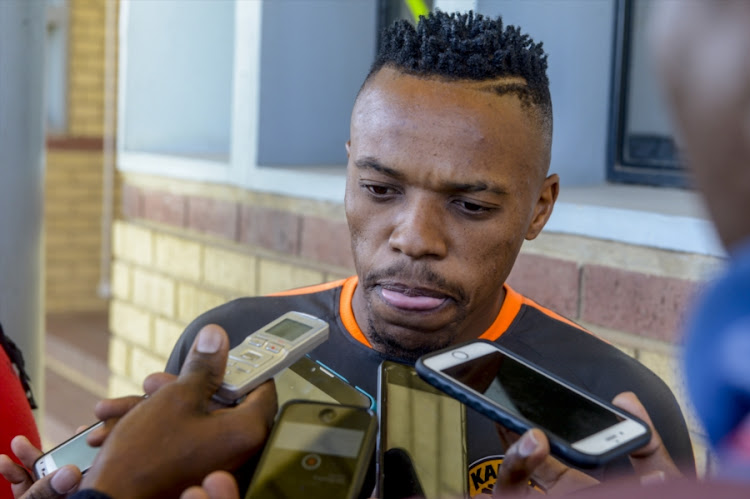 Edward Manqele is back where his career began at Free State Stars and been impressing in trials over the last weeks but will not be offered an contract unless he drastically loses weight.

The 30-year-old is carrying far too many excess pounds and been told by Stars general manager Rantsi Mokoena that he must slim down in order to secure a future at the club.

“We will try and see if he can lose the weight and if that proves to be the case then we are good to go‚” Mokoena told TimesLIVE on Tuesday.

Manqele has struggled with his shape over the last seasons and proven unable to replicate the form he showed when he burst onto the Premier Soccer League scene in Stars’ colours in 2011.

Jabulani Shongwe has halted training at Bidvest Wits and is in limbo again as he awaits a suitor to take him away from the league champions.
Sport
5 years ago

Manqele was a late bloomer‚ already 24-years-old when he signed for Stars from amateur club Trabzon from his home base in Mohlakeng‚ next to Randfontein.

He scored 14 goals in his first season at Stars and was immediately snapped up by Mamelodi Sundowns.

After a season at Sundowns‚ Manqele was loaned to Moroka Swallows before going back to the Brazilians‚ who were horrified at his size and immediately sent him on a six week 'fat attack' programme .

Manqele fell out with the club over the issue and was later allowed to leave for Chippa United.

The reason why the Carling Black Label Championship Cup match between Orlando Pirates and Kaizer Chiefs was allowed to continue after a fatal ...
Sport
5 years ago

Kaizer Chiefs signed him in mid-2015 but in two seasons he spent at Naturena Manqele started just 12 games and scored a single goal.

He was among a bevy of players culled by AmaKhosi at the end of last season‚ only to be given another opportunity to prove himself at his old club.

Manqele has won four full international caps for South Africa – his first in early 2012 and last near the end of 2013.