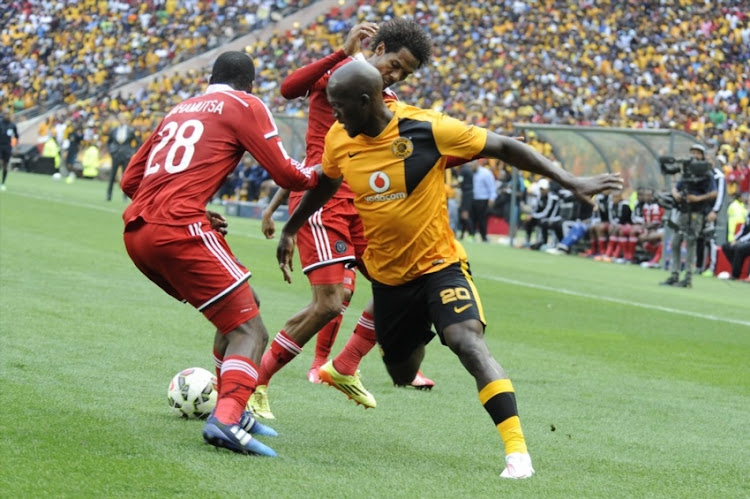 Stars general manager Rantsi Mokoena said the striker‚ who is a free agent‚ is expected in Bethlehem on Wednesday afternoon to continue negotiations expected to be concluded by the weekend.

“We have been talking to him over the past few days and we are expecting him to arrive here Bethlehem anytime on Wednesday afternoon‚” he said.

“We are hopeful that negotiations will go smoothly and a deal concluded as early as next week.”

Mthembu joined Chiefs from Platinum Stars at the beginning of the 2014-15 season but his time at Naturena waslargely unsuccessful as he struggled to command a regular place.

Elsewhere‚ Platinum Stars have bolstered their attack with the capture of highly-rated Zambian striker Brian Mwila on a three-year deal from Green Buffaloes.

The 23-year-old Mwila‚ who was also a target of ambitious Baroka FC‚ has joined the likes of Maboke Matlakala‚ Enocent Mkhabela and Lehlogonolo Masalesa who were signed in the past few weeks.

Razak‚ who played in the epic Africa Cup of Nations final against Ivory Coast which Ghana lost 9-8‚ has penned a five year old deal at Chloorkop to compete with Denis Onyango‚ Kennedy Mweene and Thela Ngobeni.

At Ajax Cape Town‚ defender Rivaldo Coetzee started training with the first team on Monday after he was sent to the Multichoice Diski team following his decision to skip training for weeks. — TimesLIVE