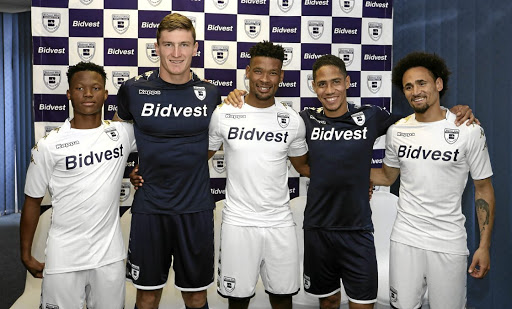 An informal chat after bumping into each other at the Supersport TV studios, where Gavin Hunt was more interested in asking about Steven Pienaar's family than luring him to Bidvest Wits, convinced the former Bafana Bafana captain to join the Clever Boys.

As Pienaar was being introduced to the media along with fellow new signings Daylon Claasen, Slavko Damjanovic, Kodisang Kobamelo and Bokang Tlhone yesterday, the 35-year-old midfielder said it was Hunt's personal touch that made him choose Wits over the glamour clubs.

New league champ Hunt and Pienaar had bumped into each other while making a TV appearance at Supersport's Randburg studios.

"Obviously, there were other options. But when I met with the coach in the studio he was more interested about my family and stuff like that, and that touched me," the former Everton, Sunderland and Ajax Amsterdam player said.

"And that made it quite easy for me to make the decision. Obviously, joining the champions is an honour for me as well. I want to play in Africa, so this was on the table for me," he added. Pienaar's choice of the Premier Soccer League champions came despite interest from bigger, though recently less successful, clubs.

He went for the small family atmosphere club with an impressive coaching staff, management and facilities, who play at Bidvest Stadium and train at Sturrock Park, both less than 10km from his tough suburb of Westbury.

"Obviously, a lot of people knew the season before that I was close to joining Orlando Pirates and it didn't happen," Pienaar said.

"And when I came back I didn't speak to anyone. My agents were speaking to clubs. And they phoned me and told me about Wits.