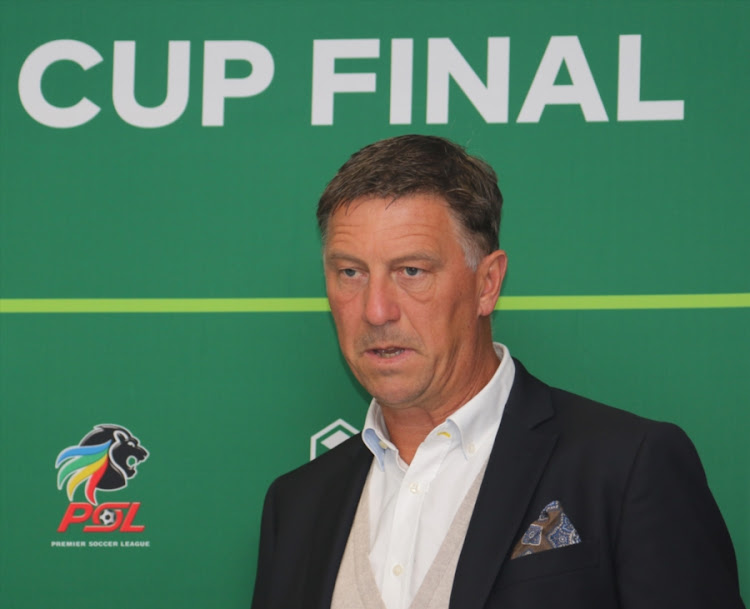 A statement from the club on Wednesday said Jonevret “has tendered his resignation”.

“Mr Jonevret has thanked the Chairman of Orlando Pirates‚ Dr Irvin Khoza‚ the Club and its supporters for giving him an opportunity to coach the Club‚” said Pirates on their website.

According to the statement‚ Jonevret thanked the club for the opportunity.

Bucs coach not worried about future

Kjell Jonevret is unfazed by the rumours that Orlando Pirates could replace him with Milutin "Micho" Sredojevic.
Sport
4 years ago

Just how voluntary Jonevert’s parting was will remain the subject of speculation but the writing has been on the wall for the Swedish coach since the 4-1 loss to SuperSport United in the Nedbank Cup final in Durban in June.

His short spell in charge of the Bucanners saw him win only a third of 18 official games.

Sredojevich was lined up to take over several weeks ago with a contract already in place as he makes a return to the club he first coached more than a decade ago.

Unconfirmed reports are indicating that Milutin ‘Micho’ Sredojevic has resigned as the coach of the Ugandan senior national team.
Sport
4 years ago

Sredojevich‚ who turns 48 in September‚ was a relative rookie when he was in charge of Pirates for seven months from July 2006 to January 2007 but returns with a vastly enhanced reputation.

His role in qualifying Uganda for this year’s African Nations Cup finals in Gabon ended a wait of almost 40 years for the Cranes to return to the African stage and earned Micho an exulted status in that country.

He quit as Uganda coach last weekend and flew into Johannesburg on Monday to conclude the deal with Pirates‚ which must now still be officially announced.

Sredojevich has previously been national team coach of Rwanda and also worked at clubs in Ethiopia and Sudan.

He will have just a fortnight to prepare with his new players before Pirates start the new season.