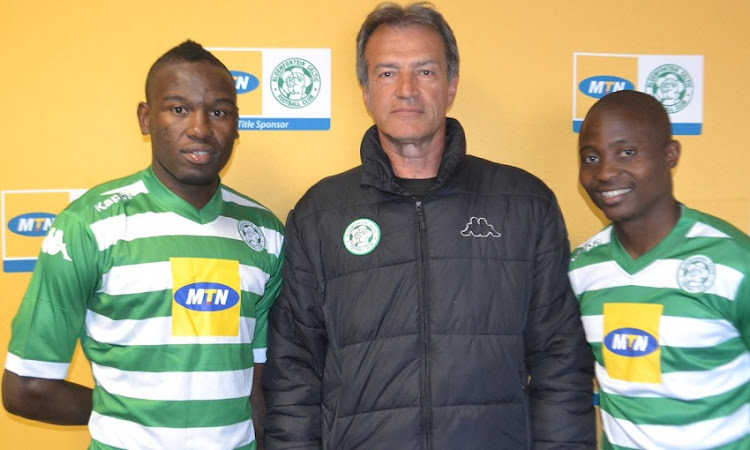 Bloemfontein Celtic CEO Khumbulani Konco says the club may not be done in the transfer market yet but will await a report from new coach Veselin Jelusic on what‚ if any‚ changes are required.

The players arrive back in Bloemfontein on Wednesday after 14 days on the road‚ which included a successful 10-day camp in Pietermaritzburg that gave Jelusic the opportunity to properly assess his squad.

Celtic took with them to camp trialist Roger Majafa‚ who has played in the PSL previously with Platinum Stars‚ Polokwane City and Orlando Pirates.

He was one of the scorers as Celtic won the Legacy Cup this past weekend‚ beating fellow top-flight side AmaZulu 1-0 in the final and going through the competition without conceding a goal.

Konco does not rule out Majafa‚ or any other player‚ being signed in the coming weeks‚ but says that will depend on the feedback they get from Jelusic.

And any incomings would have to be offset with players leaving.

“Things are going well in pre-season so far‚ we have made a lot of changes in terms of players‚ but the squad is settling in well and the coach is getting to know the players‚ which was why our camp in Maritzburg was so important‚” Konco tells TimesLIVE.

“We need to find the right balance in the squad and the report we receive from the coach after this camp will tell us if we have that‚ or if we need to make further changes.

“But if we make any new signings then it will probably mean something like one player in‚ two players going out.

"We have obviously lost Musa [Nyatama] and Dumisani [Zuma]‚ and with a lot of players coming in‚ need to see if the balance is right and if we have the right combinations.”

Velusic had earlier expressed his satisfaction with the workout in Maritzburg.

"We'll try to play and have pragmatic football and we should get the best possible results‚ and at the same time maintain the same style of football that our supporters will appreciate‚" Velusic said.

"These preparation games are important to build that for us. It will help us improve our form and it will get us ready to start the new season.”

The club had the third best defensive record in the top-flight last season‚ but the worst attack with a paltry 16 goals scored in their 30 games. - TimesLIVE