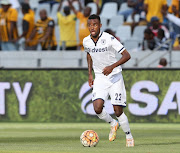 Bidvest Wits are hopeful of sorting out the future of want-away midfielder Jabulani Shongwe before the transfer window closes at the end of the month.

The club’s chief executive Jose Ferreira confirmed that they have had offers for the talented but wayward Shongwe‚ with Kaizer Chiefs and Orlando Pirates believed to be among the list of suitors.

The Wits boss declined to comment on whether Chiefs and Pirates‚ who are known admirers of the former Bafana Bafana player‚ were among the suitors.

It is believed that ambitious Baroka FC approached Wits with a handsome R2million offer but Shongwe refused to relocate to Lebowakgomo in Limpopo where the club is based.

Wits coach Gavin Hunt has made it clear that Shongwe‚ whom he did not use last season and left behind for their pre-season training camp in Stellenbosch‚ is not part of his plans for the coming season.

Ferreira said if they fail to offload Shongwe during the remaining days of the transfer window‚ he will remain at the club to honour his contract.

“The transfer window remains open until the 31st of August and I promise you that between now and then there are going to be players coming our way and others going the other way.

"A lot is still going to happen during the course of the month and we just have to wait and see what happens‚” he said.